VPL 2.0 is set for November 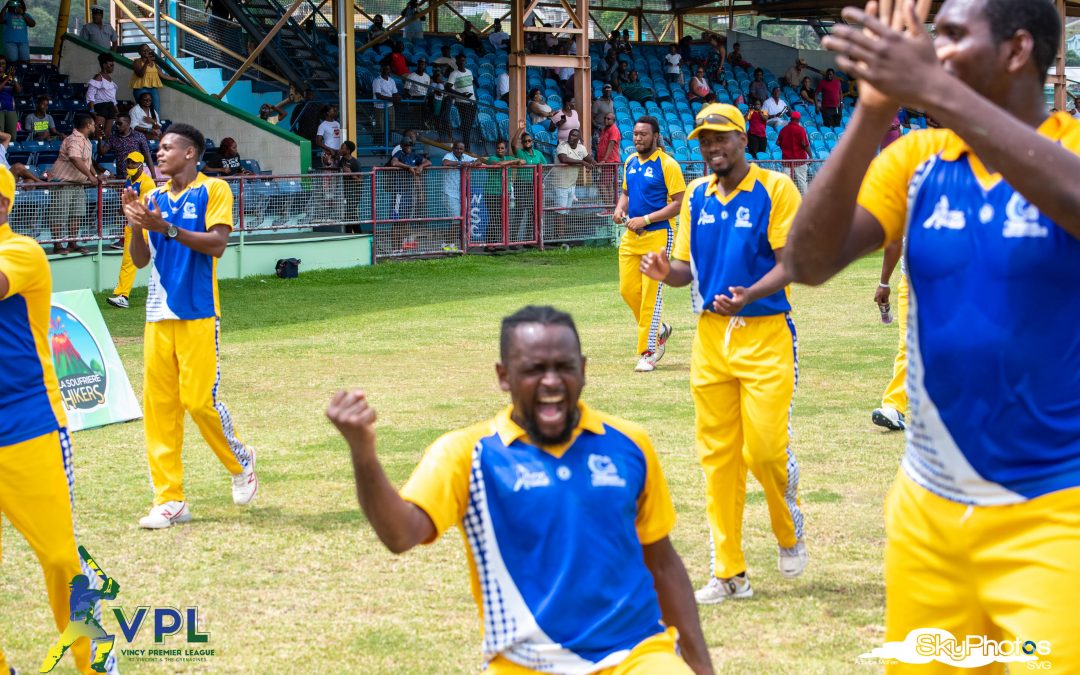 The exhilarating Vincentian tournament, which carried the slogan “Our Flavor, Our Vibe,” will take place November 7 – 22, 2020. Similar to edition one, all matches will be played at the picturesque Arnos Vale playing field. Rather than three matches daily, there would now be two, with a total of 30 matches over the 15 days.

Salt Pond Breakers, captained by West Indies batsman, Sunil Ambris, will go into the tournament as defending champions, as all six franchises will return. There will be some shuffling of marquee players and coaches, as teams will get an opportunity to change their composition.

The players’ draft will take place on October 19, 2020, at 5:30 PM, following the official launch of VPL 2.0 at 5:00 PM. At the launch, other innovations for the second edition will be announced. The new slogan for the tournament next month is More Flavor, More Vibes. It is expected to have an abundance of entertainment on show, to further add to the thrilling atmosphere experienced in May 2020.

One of the new features of the tournament is the addition of other Windward Islands players. According to 1st Vice President Miles Bascombe, “players from Grenada, Dominica, and St. Lucia have expressed appreciable interest in participating in the VPL, and we thought this would add to the competition on the field while giving tremendous playing opportunities and exposure to our Windward players.”

SVGCA’s President, Dr. Kishore Shallow, expressed his anticipation of the tournament. “What we achieved in the first edition during more uncertain COVID-19 times was incredible. Since then, stakeholders across the globe have been asking for the follow-up, and with great enthusiasm and now anticipation, we have agreed to double up this year,” said Dr. Shallow.

The CWI Vice President and Windward Islands President also mentioned the tremendous opportunities for the corporate sector to get involved. “The commercial potential for the business community is incalculable, with the tournament having an enormous reach globally and an immense impact locally. The VPL 2.0 is being packaged for everyone and all entities, small and large. It is going to be a special, electrifying experience,” elaborated Dr. Shallow.

The first edition was broadcast live on FanCode in India and South Asia, SportsMax in the Caribbean, CEEN Tv in North America, and VC3 in Saint Vincent and the Grenadines. Total viewership was estimated to be over 50 million.

The players’ draft on Monday, October 19, will be streamed live on the SVGCA’s social media platforms.