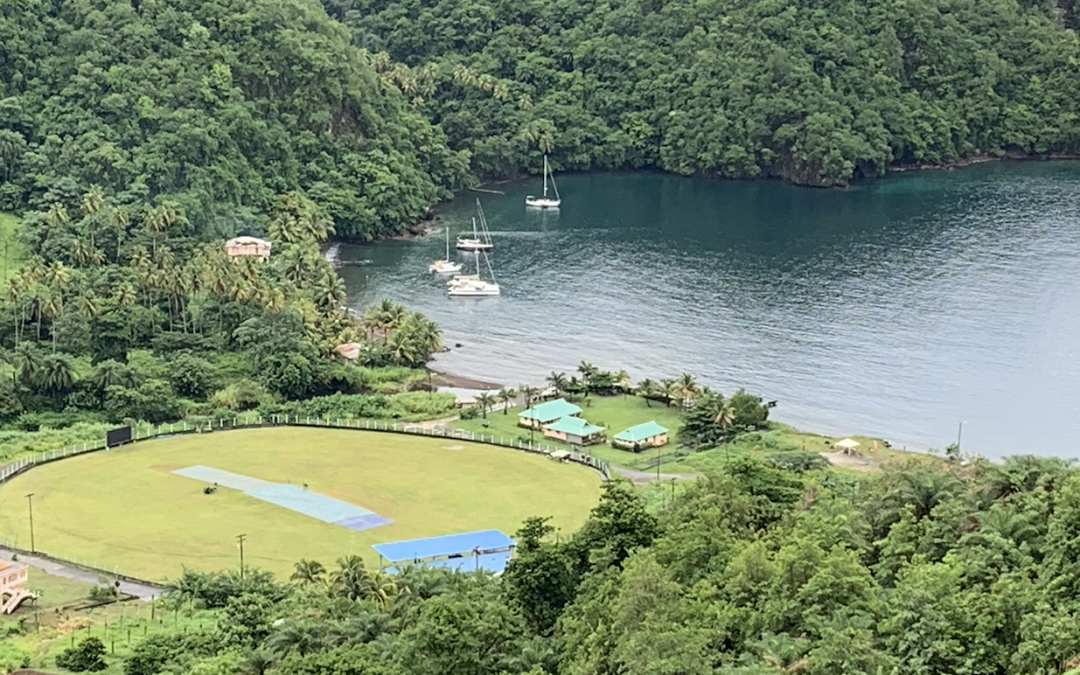 KINGSTOWN, ST. VINCENT AND THE GRENADINES; SUNDAY JULY 28, 2019 – A third rain shower finally ended all hopes the Windwards Islands had of fulling off a victory on Sunday afternoon at the Arnos Vale Cricket Ground, and were forced to share points with defending regional Under-19 50-over champions – Guyana.

Under grey brooding skies, Guyana won the toss and asked the Windward Islands to take first knock on a strip which looked to favour the batters once they were disciplined in approach.

Despite a rain-delayed start, hopes were high, since at the other two venues, the covers had not been taken off due to heavy rainfall.

The Windward Islands opening pair of skipper Kimani Melius and debutant Camarlo Cain, handle the opening salvo from the Guyana pacemen with confidence, reaching 23 without loss after three overs when the rains came.

A sumptuous cover drive by Melius off Torrington which unfortunately did not reach the ropes due to the heavy outfield, was an indication of the confidence the opening pair batted.

An early lunch was taken, and following mopping operations by the ground-staff and further inspections by the umpires, play was timed to recommenced at 2:00 p.m.

As peals of thunder rolled overhead and grey clouds gathered, Melius stroked a 34-ball 25 before he was bowled by Leon Swamey, the ball hitting the top of Melius’ pad, clipped the top of the off-stump, dislodging the bail – Windwards 43 for 2.

Before him, Cain trying to pull a short ball from Qumar Torrington, was cramped for room, giving Alex Algoo a simple catch at mid-off. He departed for 05 – Windwards 36 for 1.

Teddy Bishop (04 not out) and another debutant Ackeem Auguste (02 not out) batted without any worries till the rains came again. Play was soon called off, leaving the Windwards 48 for 2 off 10.1 overs.

At the other two venues – Cumberland and Parkhill respectively, not a ball was bowled. As a result, each team received 2 points, leaving the combatants in the 2019 Cricket West Indies Regional Under-19 50-over tournament, on equal terms going into round two.

The Windward Islands will clash with the Leeward Islands at Cumberland, Guyana and Barbados clash at Arnos Vale, and Trinidad and Tobago and Jamaica do battle at Parkhill; all matches begin at 9:30 a.m. on Tuesday July 30th, 2019.