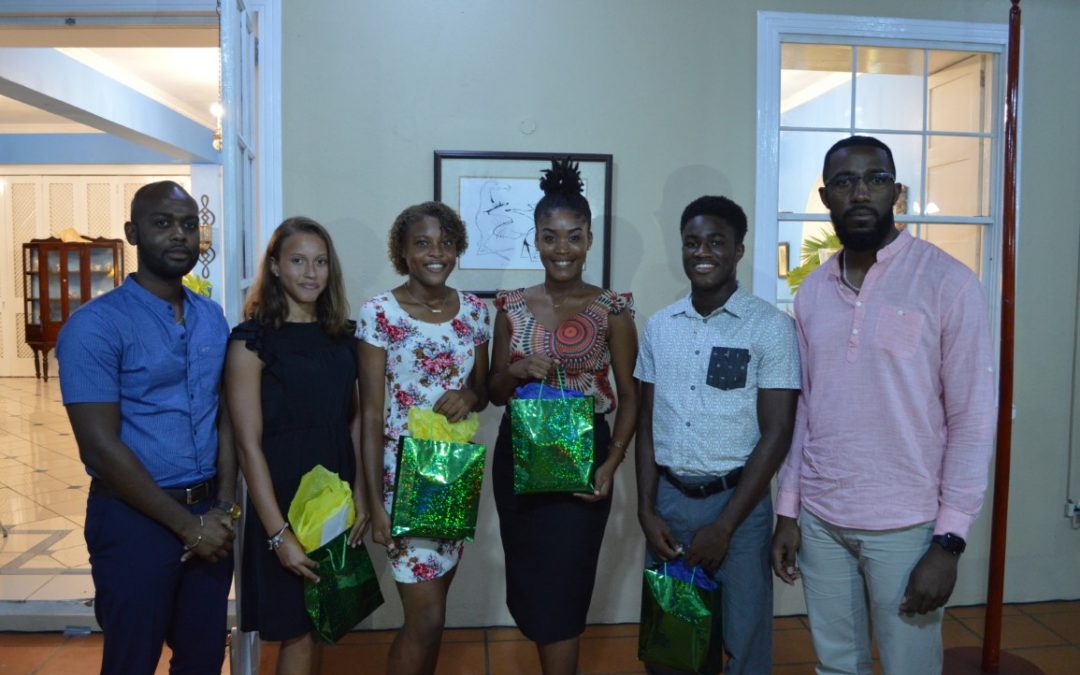 Arnos Vale, St. Vincent – To celebrate the 40th Independence of Saint Vincent and the Grenadines, the SVG Cricket Association Inc. awarded four national sports persons for their outstanding representation over the last 12 months.

The awardees were nominated by their respective associations based on the three criteria: (1) Must be Under 21; (2) Must have represented SVG within the last 12 months; and (3) Performance on national duty must be outstanding.

The handover of awards took place on October 28, at the opening ceremony of the Masters T20 Festival 2019, held at the Prime Minister’s Residence.

President of SVGCA Inc., Dr. Kishore Shallow, at the function expressed that the gesture is a form of appreciation for the efforts of young Vincentian athletes. “On behalf of the SVGCA, I am happy we are in a position to recognize our young sportsmen and sportswomen by demonstrating our appreciation in a tangible way that they are so deserving. This gesture is in line with our continued advocacy for sports, as well as encouraging a balanced approach to sports and academics.”

Over the years, SVGCA Inc. has shown a strong commitment to social impact with gestures of scholarships, sponsorships, financial contribution to the Zero-Hunger Trust Funds, and other awards. Last year, they also coordinated with other sporting organizations a walk to champion Sports against crime.