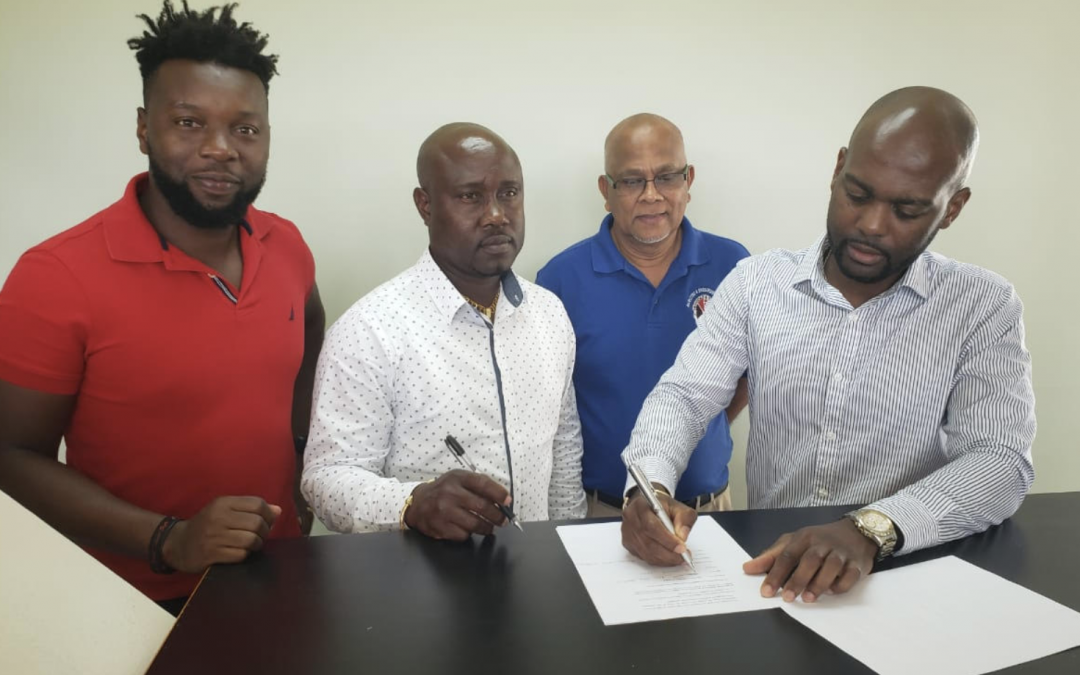 Tarouba, Trinidad and Tobago – On Thursday, March 12, 2020, the presidents of SVG Cricket Association (SVGCA) Inc. and the Tobago Cricket Association (TCA), Dr. Kishore Shallow and Kerwin John respectively, signed a Memorandum of Understanding (MOU) between the two cricket bodies. The signing took place at the Brian Lara Stadium in Tarouba, Trinidad and Tobago.

The MOU makes provision for yearly exchange between the two cricket associations for cricket tours. The principal purpose of this arrangement is for the development of cricketers through the exposure of touring and playing in different conditions.

President of SVGCA, Dr. Shallow was upbeat about the partnership. “The promise of offering development opportunities to cricketers is exciting and augurs well for not only cricket in these two specific islands but for West Indies cricket by extension,” said Dr. Shallow, who is also Vice President of Cricket West Indies and President of Windwards Cricket.

Kerwin John, President of TCA expressed that “this agreement will serve as an incentive for our players to perform locally and remain interested in their advancement as cricketers.”

Witnesses of the official signing included President of Trinidad and Tobago Cricket Board, Azim Bassarath, and Public Relations Officer of TCA, Marcus Daniel.

As a result of the MOU, a Tobago Under 15 team is expected to travel to SVG in the upcoming months, with an SVG senior team having a return tour to Tobago later in the year.