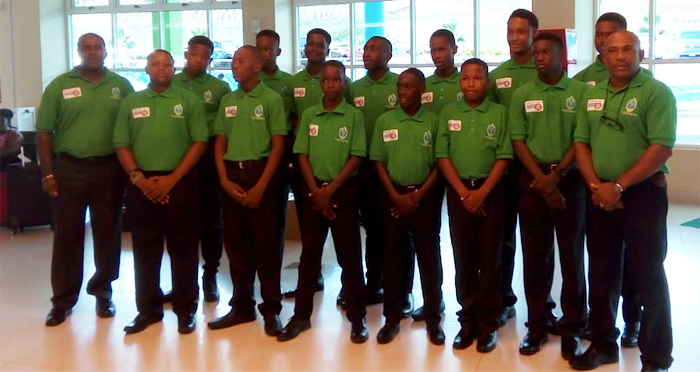 Arnos Vale, St. Vincent – The SVG Under 15 cricket departed on Sunday December 9, 2018 to participate in the WINLOTT Inc. Windward Islands Under 15 tournament, being hosted in St. Lucia from December 10 – 17.

Leading the youth team is fast bowler, Solomon Bascombe. Bascombe captained a successful St. Vincent Grammar School team in the SVGCA Inc. Secondary School Under 15 tournament earlier this year. He will be ably assisted by his schoolmate, off-spinner Luke Wilson, who played for the Windward Islands Under 15 team in the last West Indies Under 15 tournament.

The team has 4 players returning from the previous SVG Under 15 team, namely Bascombe, Wilson, Joe Williams, and Reshawn Lewis. Lewis most notably has been quite impressive in the build-up to the tournament, scoring a century in a practice match.

Long-standing manager, Samuel Holder indicated his optimism about the team going into the tournament. “The preparation has been good, very comprehensive, which included a useful weekend camp on the leeward side of the island. Our boys are ready to go, and with the support staff in place, I am confident that we will give a decent account of ourselves in the tournament,” elaborated Holder.

Grenada is the defending champion. The SVGCA Inc. and by extension the cricket community wish the team all the best for the tournament.

Territorial Development Officer, Ian Allen was the coordinator of the training programme for the squad prior to the tournament.