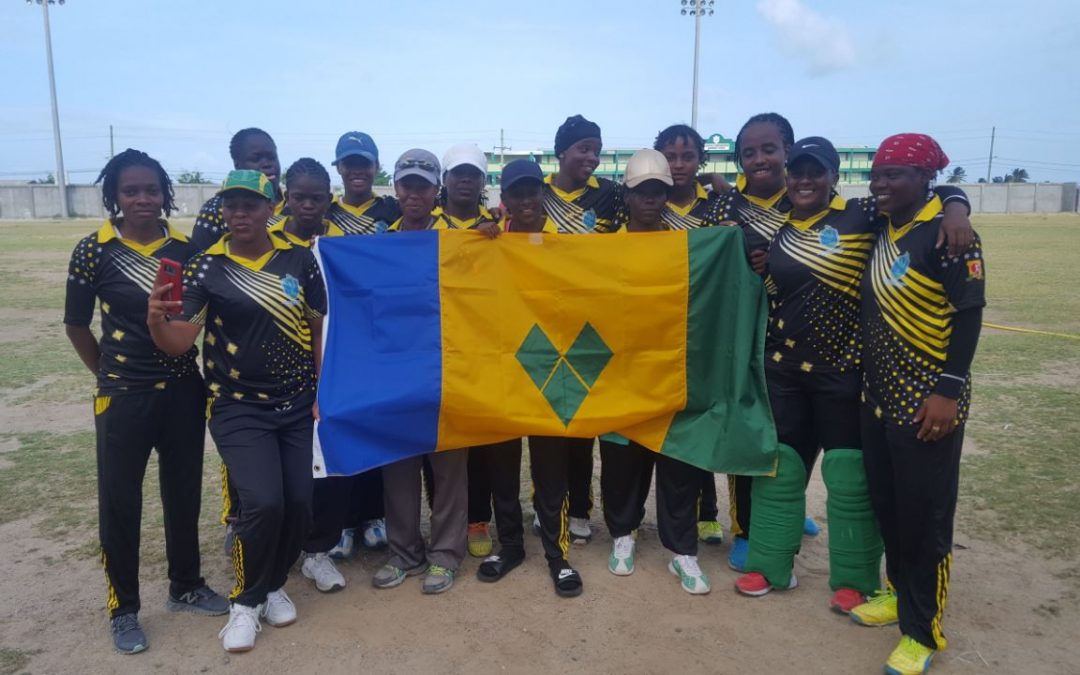 Arnos Vale, St. Vincent – An undefeated run in the 50 overs round of the Windward Islands Senior Female tournament sees SVG dominating and becoming the 2018 champions. SVG defeated Grenada, Dominica and host Saint Lucia in comfortable style, putting the senior Vincentian females in the history book as the first team to ever win the Windward Islands female tournament.

The team’s success was lead by vice-captain Cordel Jack, who ended the tournament with most runs of 160 with an average of 80, and also 9 wickets, which was the most by any bowler. There were also notable performances by new captain Stacy-Ann Adams, who starred in a batting partnership with Jack, scoring 64, to chase the Saint Lucian target of 185 for just the lost of 2 wickets.

Coach Samantha Lynch was quite pleased with the triumph, expressing that “winning the Windwards inaugural female 50 overs is certainly a good feeling,” said Lynch. She praised the ladies for a great team effort and for executing plans. “All and all, the girls really pull it together very well and they came out victorious,” echoed the coach.

The team now moves on to the next stage of the tournament, which is the T20 format.