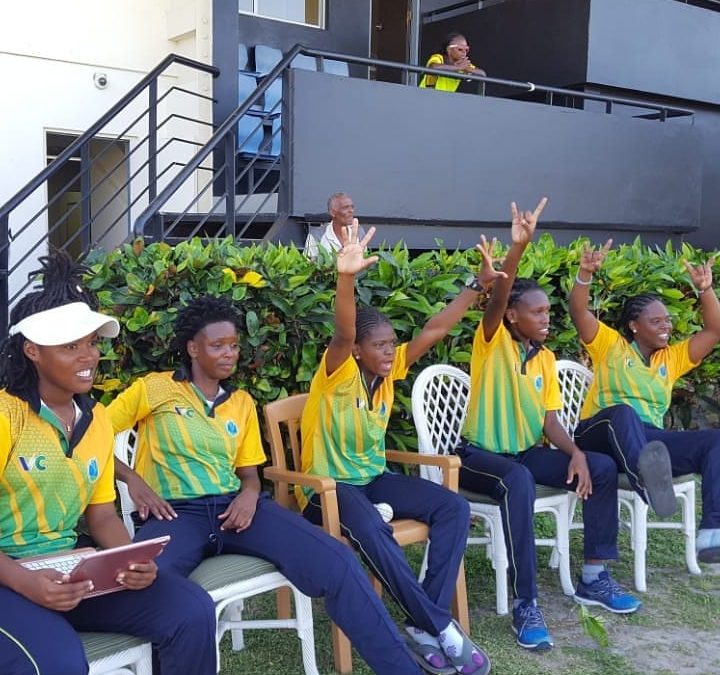 Arnos Vale, St. Vincent – SVG female team is repeat champions in the 50 overs format in the Windward Islands Female Tournament. Captain Stacy Ann Adams and her team defended their 50 overs title in St. Lucia. The team ended with most points in the tournament, following two victories against Grenada and Dominica.

The Championship was secured on the back of some strong performances by veteran Cordel Jack, as well as Kimone Homer, Japhina Joseph, Jannillea Glasgow and Vinisha King. According to Coach Samantha Lynch, “it was a total team effort and the ladies played some very decent cricket, which was deserving of the title.”

The SVG team was the losing finalist in the T20 format, losing by only one run to St. Lucia, despite ending with six wickets in hand. The match came to a thrilling end with SVG needing 3 runs off the last ball to win but was only able to get a single. Juliana Nero played a classy half-century despite the team falling short.

A senior Windwards team was selected to participate in the West Indies tournament, to be hosted in Guyana next month. Five Vincentians were included in the traveling squad, with two named as reserves.

An Under 19 team was also named for the Regional Under 19 tournament to be played in Trinidad in April, which also included three Vincentians in the squad and two in reserves.