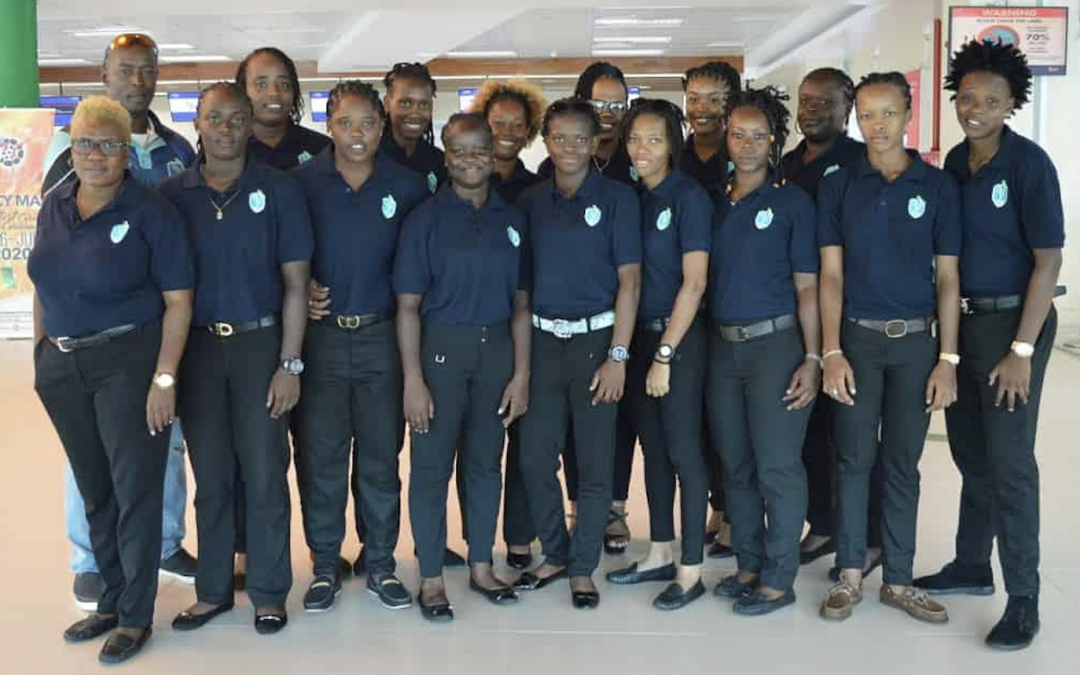 Arnos Vale, St. Vincent – The national senior female team left the island today to participate in the Windward Islands 50 overs and T20 tournaments being hosted in St. Lucia from February 1 – 6, 2020.

Thirteen players, including captain Stacy Ann Adams will compete to defend their title in the 50 overs, while they will push to capture the T20 cup. Kimone Homer, despite still young, has been entrusted with the responsibility of vice-captain, based on her experience and potential as a player and leader, according to the selection panel, chaired by Roland Wilkinson.

The team is well balanced with youth and experienced players in Juliana Nero and Cordel Jack, who have both played at the international level for West Indies. Xharia Jack would join her mother in the line up as well.

Japhina Joseph, following a fruitful year in 2019, is also one of the leaders in the team. Her performance in the West Indies Under 19 tournament last year brought her on the radar of the West Indies selection panel.

Coach of the team, Samantha Lynch indicated that she is confident that the team will represent well in the tournament. She confirmed the intention of the team is to win and dominate both formats with consistent performances. The team would have had extensive training and preparation over the last few weeks including practice matches.

The team will participate first in the 50 overs fixtures, with the format being round-robin, then the team with most points being the champions. This tournament will then be followed by the T20 matches, which would be a knock-out, with the final being on Thursday, February 6, 2020.