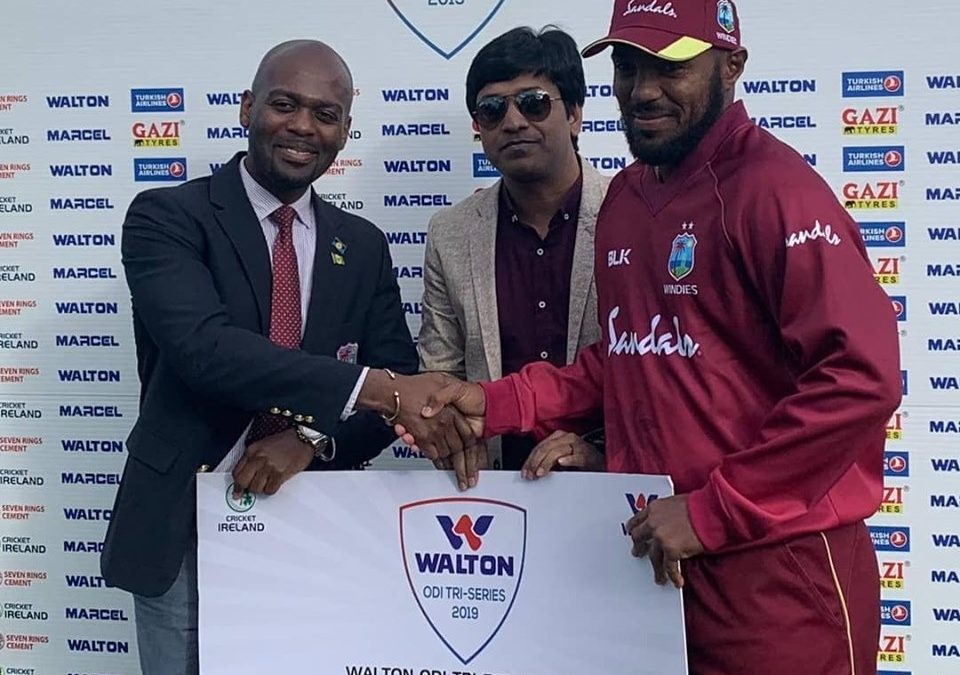 Arnos Vale, St. Vincent – Sunil Ambris became the first Vincentian male to make a century in international cricket. The feat was achieved in Ireland against the host on May 11, 2019, when Ambris led West Indies to victory with a classy 148 runs off 128 balls. The target set by the Irish was 328 in 50 overs. This was Ambris first List A century, which helped to push his ODI average at the end of the series to a remarkable 105.

The historic moment was witnessed first-hand by President of SVG Cricket Association and newly elected Vice President of Cricket West Indies, Dr. Kishore Shallow. Fittingly, VP Shallow handed over the player-of-the-match award to Ambris, following his match-winning performance. The moment was captured as a proud one for the two Vincentians.

Sunil Ambris: “It is a dream come through to get my first century in international cricket for West Indies. I dedicate it to my family and all the people across the Caribbean who have and continue to express their confidence in my ability.”

Vice President CWI & President SVGCA, Dr. Kishore Shallow: “What Sunil has accomplished is outstanding and worthy of every commendation he has received. I am especially proud of him, particularly knowing how hard he has been working over the years. This I am sure will add some springs in his performances to come.”

Many Vincentians and West Indians expressed their congratulations to Ambris on various social media platforms. The Vincentian public echoed their sense of pride to see their country being represented with such distinction on the international stage.

Ambris has since been kept on with the West Indies World Cup (WC) team as they prepare for the upcoming event, starting May 30, 2019. He is covering for opening batsman, Evin Lewis. West Indies final 15 for the World Cup will be announced on May 23. The team plays Pakistan in their first outing in the WC on May 31, 2019. Match commence at 5:30 A.M., and will be televised on ESPN.