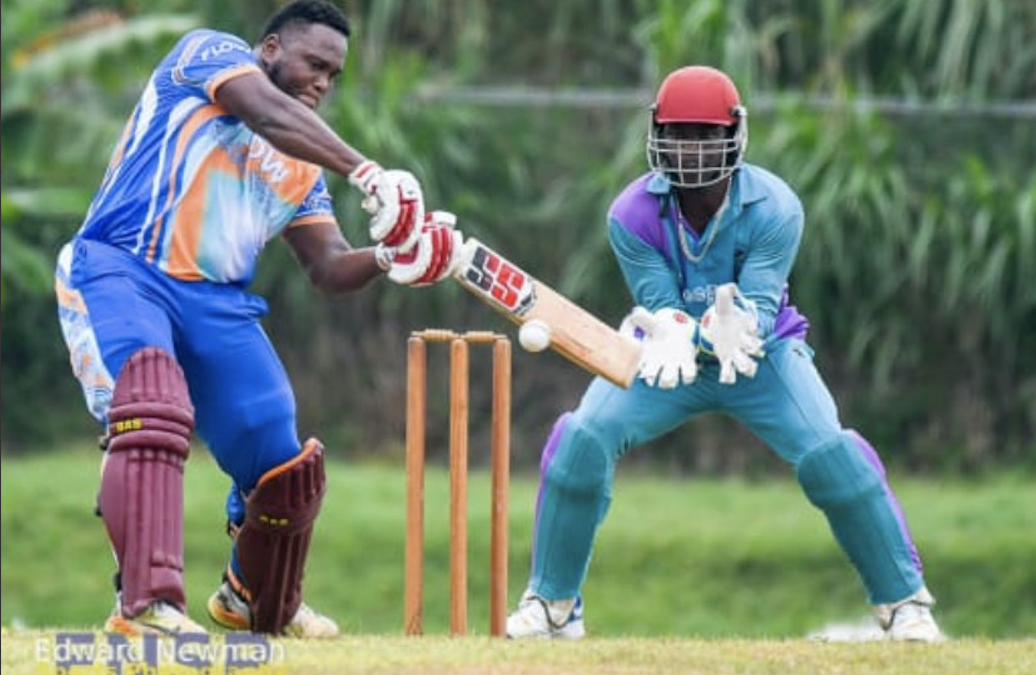 Arnos vale, St. Vincent – Defending champions Flow Rivals moved into the quarter-finals of the 2020 competition with two more wins on the weekend. Flow Rivals hammered Strike Eagles by 111 runs. The 2019 champs amassed 219 for 4 in their reduced 17 overs. Lindon James smashed a 28 ball 80 while Marcus Castello scored 57. Keroy Roberts was the best bowler on show for Strike Eagles who took 2 for 28. Strike Eagles in reply then fell well short, 108 all out in 13.3 overs. Ozico Williams scored 33. Deighton Butler 3 for 7 and Kemson Strough 3 for 21 did the damage for Flow Rivals.

Flow Radcliffe also with a pair of victories over the weekend booked their quarter-final spot. Flow Radcliffe secured a 15 runs win over CJ MSDA Jules Anthony Northern Stars. Flow Radcliffe ended on 152 for 9 in their allotment of 20 overs with Othneil Lewis 42 and Deron Greaves 33. Donald Delplesche 3 for 19 and Winston Samuel 3 for 43 got amongst the wickets for the North Leeward lads, who fell short in their reply, 137 for 9, when their overs ran out. Asif Hooper’s figures of 4 for 22 restricted the North Leeward team’s further progress. Flow Radcliffe then had to work equally as hard for a 24 runs victory over Keegan’s Bequia XI. Flow Radcliffe got up to 167 for 7 in 20 overs with half-centuries from Romano Peirre 57 and Gidron Pope 54. There were two wickets each for Chelson Stowe, Lorraine Ollivierre and Jenry Ollivierre for Keegan’s Bequia XI who ended on 143 all out in 17.5 overs. Cosmus Hackshaw’s 54 not out was not enough to see the Grenadines team to their target. Asif Hooper 3 for 17 and Delorn Johnson 3 for 35 proved to much for the Keegan’s Bequia XI batting.

Keegan’s Bequia XI also went under to Pollard Investments North Windward by 19 runs. North Windward reached 171 for 6 in 20 overs with half centuries from the Browne brothers; Dean 69 and Shem 61. Imran Mack was the most successful bowler for Keegan’s Bequia Xl taking 3 for 28. The Bequia lads fell short of their target for the second time on the weekend, 152 for 7 when their 20 overs ran out. Jenry Ollivierre 45 was their top scorer.

In the female competition, J.G Tigress had the better of Radcliffe Girls by nine wickets. Radcliffe Girls ended their 20 over on 134 for 4 due to 108 runs 2nd wicket stand between Juliana Nero 61 and 40 not out from Tray Byron. Isha Williams took 2 for 15 with the ball for J.G Tigress who replied with 135 for 1 in 13.3 overs. Edelyn Turtin stroked an unbeaten 77.

United Survivors made light work of CJ MSDA Jules Anthony Northern Girls by ten wickets. CJ MSDA Jules Anthony Northern Girls were dismissed for 55 in 15.5 overs as Kimone Homer bagged 4 for 15. United Survivors then used up 7.1 over to achieve their target, 56 without loss to complete the win. Samantha Lynch was left 28 not out.