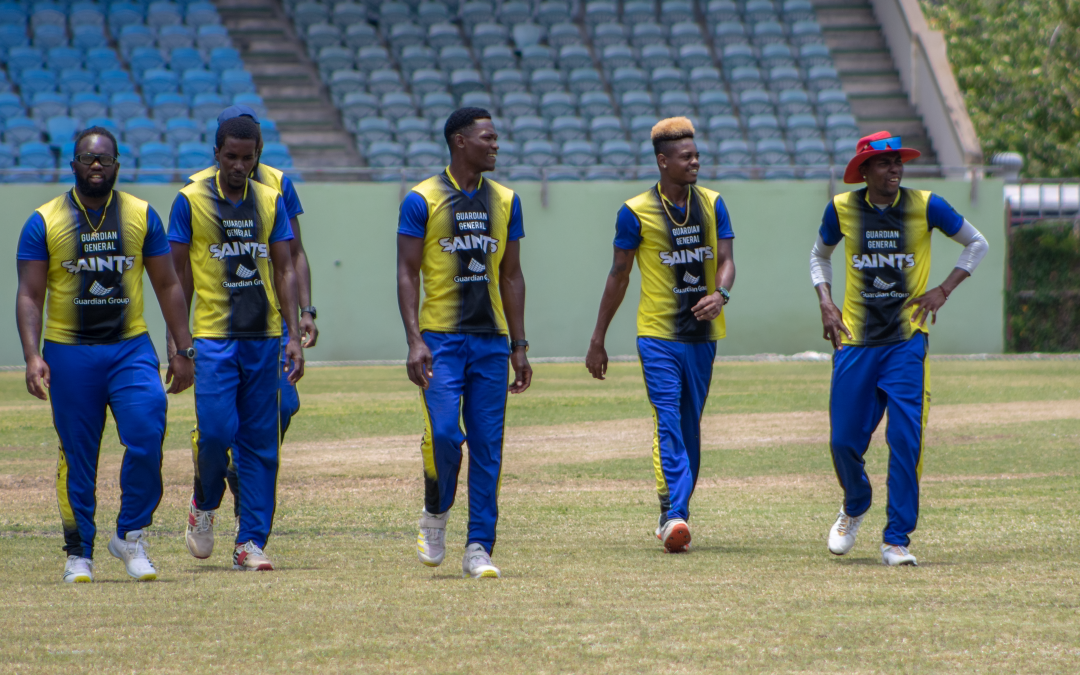 At Arnos Vale 1, the same venue equalled the same result for Saints as they comfortably beat Victors One by six wickets. Victors, electing to bat, never really got going and their situation only worsened as the match progressed. A magnificent spell from Jeremy Haywood, who would ultimately finish with 5-18 from his four overs, restricted the Victors to 88 from their 20 overs. Ray Charles also took 3 valuable wickets for just 17 runs.

The Saints’ chase of what seemed to be a rather small score initially got off to a shaky start thanks to some good bowling by Luke Wilson. However, the dangerous duo of Jeremy Layne and Jahiel Walters once again partnered up to stabilize the innings and guide their team to victory. Layne (27) and Walters (21) both fell before reaching the target set by Victors but a couple of boundaries from Jerron John ultimately carried the Saints across the rope. 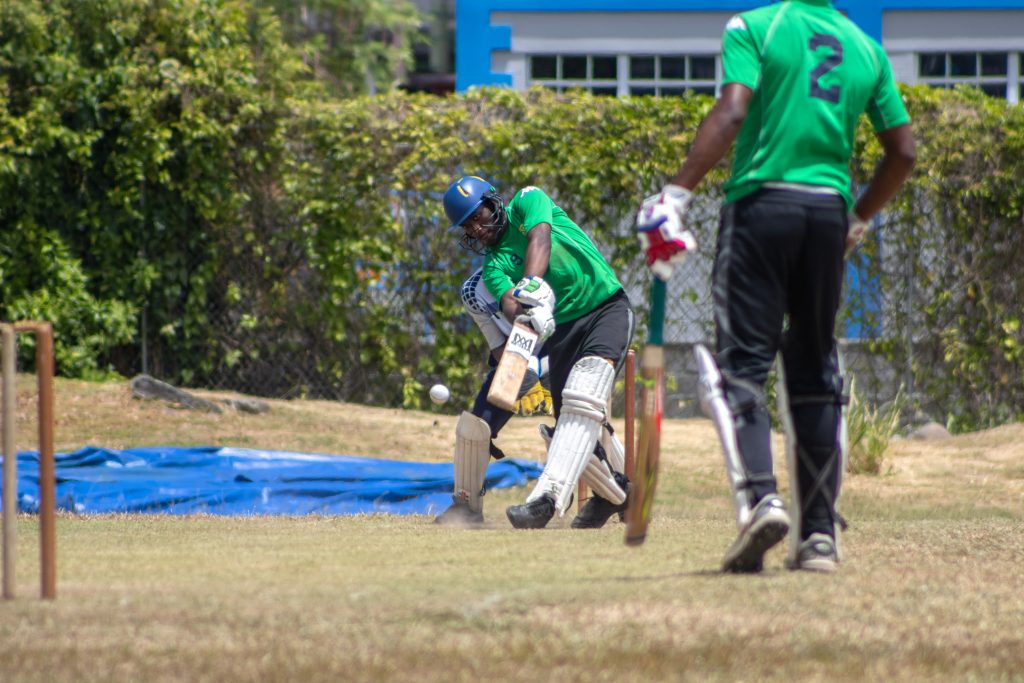 Marlon Williams powerfully drives over the bowler for a boundary

At Arnos Vale 2, St. Vincent and the Grenadines Community College was able to turn the tides for the better when they came up against Strike Eagles.

Strike Eagles batted first in the over-reduced match, a quickfire 21 from 12 by Marcus McCoy being the standout score. Delroy Glasgow starred with the ball, picking up 4-21 from three overs to limit the Strike Eagles’ batting lineup to 100 from 15 overs.

SVGCC made light work of the Strike Eagle’s score as T’shakif Patterson top-scored with 24 from 18 balls to set a course to victory. However, Coby DaBreo’s boundary hitting ultimately sealed the match after his team seemed to stumble as they neared the target.