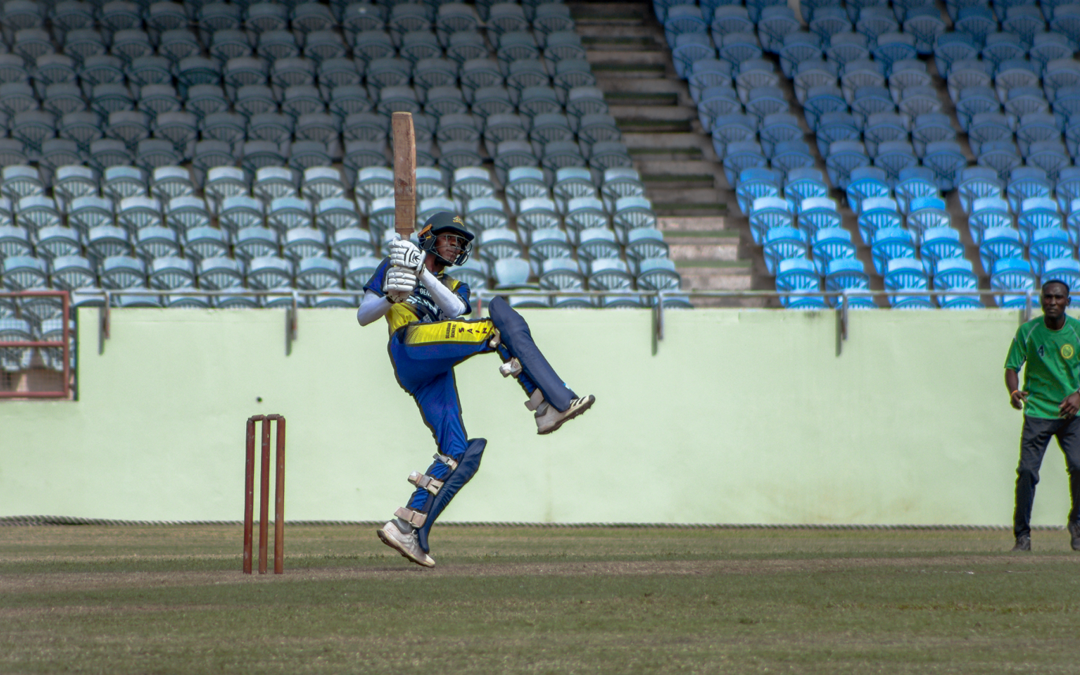 Walters hooks Williams for a six over square leg

Following the conclusion of the recently held VPL 4.0, the National Neil Williams T20 bowled off with an action-packed evening yesterday.

In response to the mammoth total set before them, French Verandah SVGCC could only muster 68 before being bowled out in the 16th over through an intelligent effort by Geron Wyllie (4-8) with the ball. Marlon Williams was the lone SVGCC batsman to enter double figures with 16 runs. See scorecard: Guardian General Saints vs SVG Community College T20 Scorecard 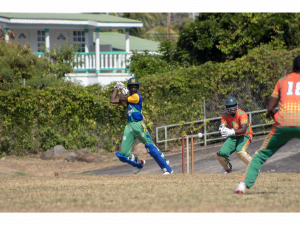 Harry punches through the covers

Meanwhile, Only a stone’s throw away at Arnos Vale 2, the Carlos James MSDA Julius Anthony Northern Stars outshone Vee-jay’s Rooftop & Bar North Windward in Match 2.The Stars utilized a pacey wicket to set a total of 172-8 from 20 overs. Michael Joseph top-scored with a half-century off 35 balls, and Elron Lewis chipped in with 41 (30). Hanif Ollivierre was the pick of the bowlers with 3-44 from his 4 overs.

The Stars then took to the field and, despite a few costly overs, were able to restrict North Windward to 141-8 (20) in part due to Winston Samuel’s 3-33 and Donald Delpleshe’s 2-22. Top scoring for North Windward was Devon Williams with a well-played 55 (48)
See scorecard: Carlos James MSDA Julius Anthony Northern Stars vs Vee Jays Roof Top & Bar North Windward Scorecard