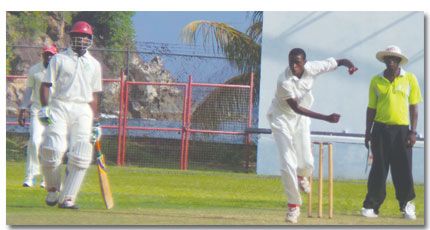 Police Two took first innings points from Team Rivals at the main Arnos Vale playing field. Team Rivals only managed 137 all out in their first innings. Lindon James stood out with 63. There were two wickets apiece for Kesrick Williams 2 for 17 and Slyvan Spencer 2 for 30 bowling for Police Two, who replied with 219 all out, and was once again led by Salvan Browne with 81. Hyron Shallow was the pick of the Team Rivals bowlers taking 6 for 53. Team Rivals fared much better batting a second time and were 157 for 1 when the stumps were pulled. Hyron Shallow made 91 and Kody Horne was left not out on 56.