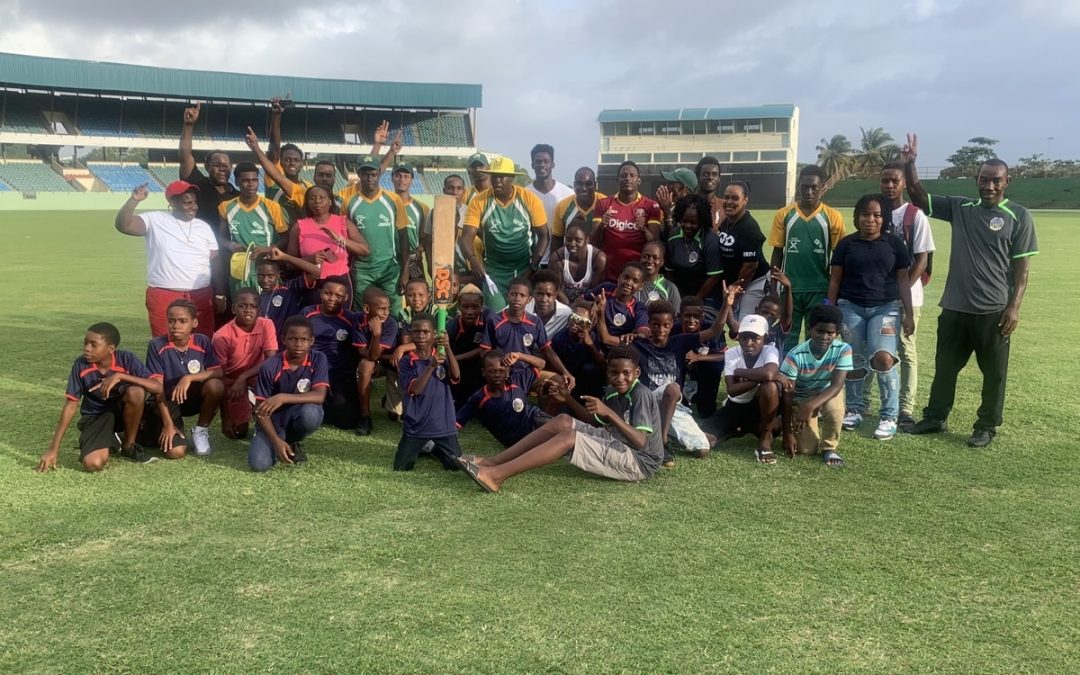 The gents from the Grenadine Isle asked to bat first, got up to 160 all out in 34 overs. They recovered from the precarious position of 61 for 7, mainly due to an eighth-wicket partnership of 67 between the innings top scorers Dan Williams 54 and Chelson Stowe 35.

Dorson Cottle 4 for 23, Jide John and Shangi John 3 for 35 each, ripped through the top order of the Keegan’s Bequia XI, before orchestrating the innings closure.

CJ MSDA Jules Anthony Northern Stars in reply left most of the responsibility of achieving the target on the shoulders of 17 year-old Ojay Matthews, who held the North Leeward team innings together with a 98-ball 60, before losing his wicket via the run out route. CJ MSDA Jules Anthony Northern Stars got to their target 161 for 8 with eight balls to spare. Verden Baptiste returned the best figures for Keegan’s Bequia XI in the match, 2 for 20.

Team Rivals secured the Premier Division’s second spot after their match up with bottom of the table Victors One ended in a no result, due to a significant amount of time lost for a wet surface at the Sion Hill playing field. Team Rivals had completed their first innings after being inserted on 183 all out. Hyron Shallow 59, Recardo Williams 43 and Kody Horne 31 all got amongst the runs. The wickets for Victors One were shared between Kerron Cottoy 5 for 60, Shaquille Browne 3 for 17 and Luke Wilson 2 for 46.

Victors One in their first turn at bat had gotten to 45 for 3 before the match was called off. Miles Bascombe scored 23.

This weekend has seen the completion of the NLA First Division and NLA Premier Division. The NLA Neil Williams T20 competition will commence in September.