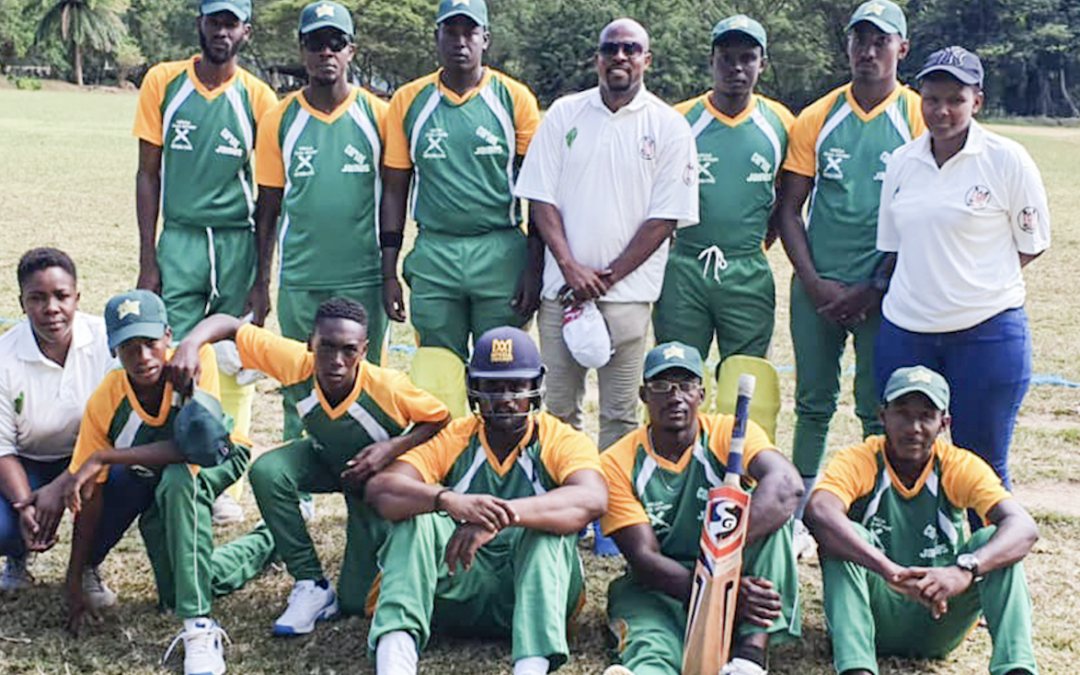 The defending SVGCA Inc. National Lotteries Authority 50 overs First Division champions, CJ MSDA Jules Anthony Nothern Stars, stayed well on course for a successful defense of their title when they edged Police One at the line by 21 runs in their semi-final game played at the Cumberland Playing field on Sunday 2nd August.

Playing in front of some appreciative home support and what can be considered the icing on the cake on a weekend where they also launched the Jules Anthony North Leeward Cricket club,  CJ MSDA Jules Anthony Northern Stars fought their way up to 169 all out in 41.5, after being 108 for 8. Jade Matthews batting at number 10 topped scored with 29 while Akiel Mason made 27.  Gerald Gould had figures of 10 overs 5 for 39 while Elmore Alexander took 3 for 20 from his allotted 10 overs, bowling for Police One.

Set to score just under 3.5 runs an over for the win, Police One stumbled from 117 for 4 to be dismissed for 148 in 36.2 overs. Anthonio Sutherland was their mainstay with 52. Jide John 4 for 28, Jade Matthews 3 for 25 and Dorson Cottle 2 for 22 combined forces with the ball to push CJ MSDA Jules Anthony Northern Stars into their second consecutive 50 overs final.