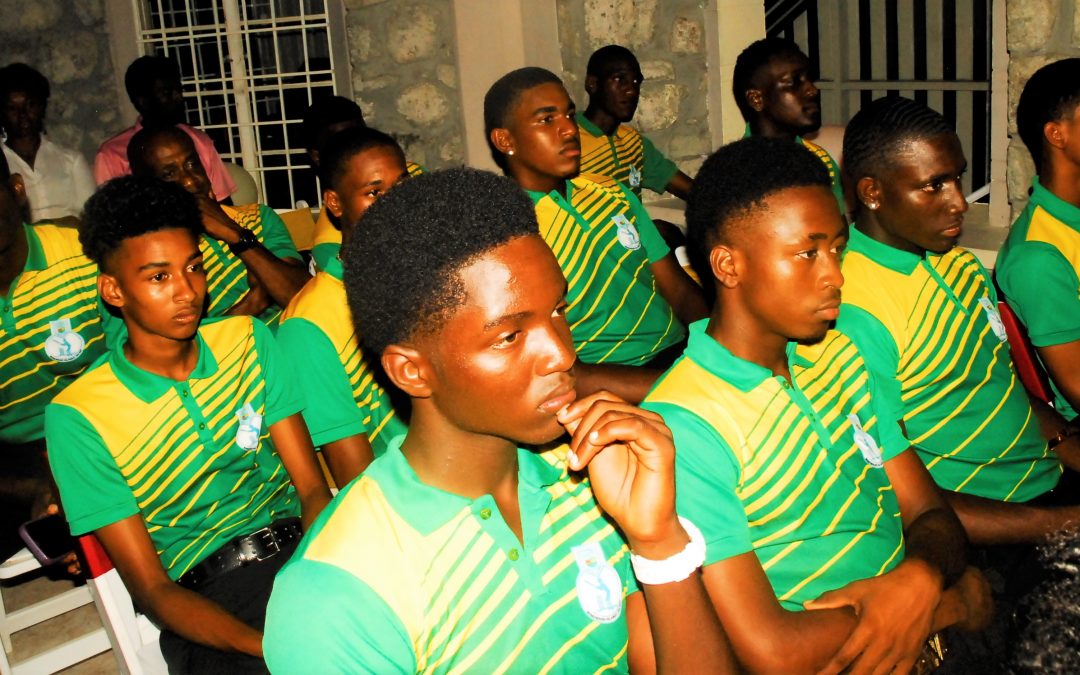 He added that “this tournament would have its own website.”

Match scores and other relevant pieces of information will be posted on the website, such as batting and bowling statistics, averages, and live scores. Additionally, two matches in each round will be video streamed live via the website, with a number of features added on which would enable the further marketability of the tournament.

Players and officials will be featured, with photos and a bio of each individual posted.

Dr. Shallow also informed the players, team officials, umpires, CWI and SVGCA officials, and other persons present at the ceremony which was held at the Haddon Hotel, that statistics from previous youth tournaments will also be made available on the website.

Dr. Shallow, who is also the president of the Windward Islands Cricket Board of Control, and the St. Vincent and the Grenadines Cricket Association, respectively, pointed out that “Throughout the tournament your stats will be on your profile whether you are a batsman or bowler…its all an incentive and motivation in ensuring your stats are shown throughout the tournament as optimum mileage for your work.”

The updated statistics will be made available on the website from the opening salvos of the three matches scheduled to take place at three venues.

The Windward Islands take defending Under-19 50-over champions Guyana in its opening match at the Arnos Vale Cricket Grounds on Sunday July 28, 2019 from 9:30 a.am.

On that same day, the Leeward Islands and Jamaica will clash at Cumberland, while Trinidad and Tobago and Barbados do battle at Parkhill.

At the end of each round of matches, there will be statistics on which batter has most runs, most wickets, most catches, all aimed at furthering the development of the regional game.