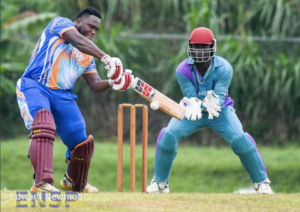 In preparation for the Windward Islands’ Senior Men’s 50-0ver tournament to be played in Grenada from September 28 – October 4th, five 50-over trial matches will be played to allow the national selectors to select the final 13-man squad. Selection to the final squad will also be determined by the passing of the mandatory fitness test. The dates for the trial matches are as follows:   Sunday August 28th, Tuesday August 30th, Thursday September 1st, Saturday September 3rd, and Sunday September 4th.

The Squads for the trial matches are as follows:

N.B… Delorn Johnson and Recarvo Williams have been included in the trial. Deron Greaves is unavailable for the trial. Ray Jordan is also part of the trial; however, his participation will be determined by the outcome of his rehabilitation effort. Players that are currently a part of the Windward Islands Franchise have not been included in the trial; nonetheless, they will be part of the 13 man squad to represent SVG. Current West Indies fast bowler Obed McCoy will be unavailable for the tournament.