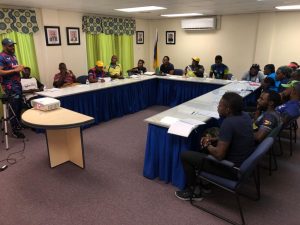 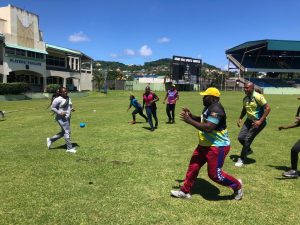 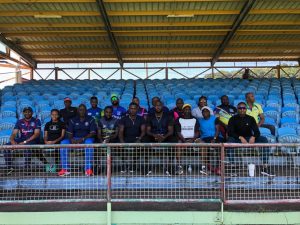 The SVG Cricket Association Inc. in collaboration with Cricket West Indies would like to congratulate the sixteen coaches who completed the Cricket West Indies Competition Coaching (level 1) Course. The course, which was opened to all those interested and willing to give service to cricket, was facilitated and paid for by the SVGCA to increase the scope of qualified coaches. It involved an online and theoretical aspect as well as mandatory practical coaching sessions. Co-instructor and CWI official, Junie Mitchum said, “The CWI Competition Coaching (Level1) Course is geared towards developing the knowledge gained at the foundation level, and to help coaches to be better prepared collectively.” Mr. Mitchum also spoke about the content of the course, “ During the two days the coaches covered a range of topics including the West Indies cricket pathway, the role of a competition level 1 coach, coaching styles – implicit & explicit,  skill application and, how to plan and deliver effective contemporary training sessions…”

Fellow Instructor, former West Indies Fast bowler Ian  Allen echoed similar sentiments when asked about the course, “…the CWI Level 1 coaching course was long overdue for SVG. I was pleased that the SVGCA took the initiative to get as much coaches certified.” He further said that, “the coaches at this level will definitely improve the quality of players. The cohort of coaches included, former players, present national players and, club coaches including four female coaches. Importantly as well was that the coaches all showed a great willingness to understood each aspect and were eager to move on to the next level…”

The President of the SVG Cricket Association, Romel Currency expressed his gratitude to Cricket West Indies, the instructors Junie Mitchum and Ian Allen, and the sixteen participants for showing their commitment to the development of cricket in the country. He also stated the SVGCA will look into ways to ensure that the skills acquired are leveraged to produce more quality cricketers.