Kesrick Williams 79 unable to save Police 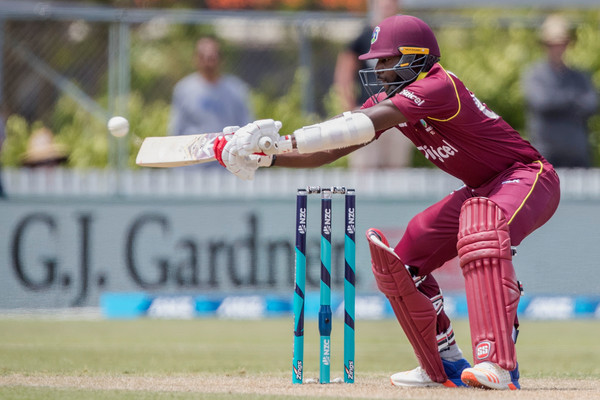 Arnos Vale, St. Vincent – National Lotteries Authority (NLA) Premier Division leaders, FLOW Radcliffe squeezed out a five wickets win over the Guardian General Saints at Arnos Vale One. Guardian General Saints totaled 142 all out in their first innings led by 47 not out from Kevin Samuel. Asif Hooper who moved to 35 wickets for the season, 5 of which he bagged from the Saints first innings, as he took 5 for 40. Flow Radcliffe were six runs better in their first turn at bat, 148 all out, with Gidron Pope leading the way with 32. Jeremy Haywood 3 for 14 and Jahiel Walters 3 for 57 got amongst the wickets for Guardian General Saints, who could only manage 112 in their second innings. Alex Samuel, 55, was their mainstay. Rasheed Fredericks grabbed 5 for 13 for the Flow sponsored unit. Set 107 for full points, Flow Radcliffe lost 5 wickets in getting to 110 in just 16.4 overs, as Gidron Pope stroked 53 not out. Ray Charles had taken 3 for 52, as a second innings bowling effort for Guardian General Saints.

In the second NLA Premier division fixture from the weekend, Flow Rivals had a commanding innings and 33 runs win over Police Two. Flow Rivals stroked their way to 358 for 9 in their only completed batting innings. Centuries from Hyron Shallow 146 and Lindon James 117, set up Flow Rivals total. Darius Martin picked up 4 for 56 bowling for Police Two, who were shot out for 91, as they replied in their first innings.Four bowlers combined their efforts to wreak the Police Two first batting effort, with Deighton Butler returning the best figures of 3 for 11. Behind by 267 runs, and asked to follow on, Police Two managed 234 in their second innings. Kesrick Williams 79, Salvan Browne 47 and Andrew Thomas 44 got amongst the runs. Dyke Cato 5 for 61 did most of the damage with the ball for Flow Rival in their second bowling effort.

In the National Lotteries 50 overs First Division matches from Sunday, Pollard Investments North Windward Combine stayed unbeaten as they humbled Victors Two by 9 wickets. Victors Two managed 113 all out in 32.1 overs. Leon Quashie scored 30. Dean Browne’s 5 for 30 destroyed the Victors Two innings, setting up the nine wickets win, as Browne himself, 54, parthered Shem Browne, 55 not out, in a 110 runs first-wicket stand, that eased Pollard Investments North Windward Combine to 114 for 1 in 5.2 overs.

And Keegans’s Bequia XI maintained their unbeaten record, with a ninety runs win over Corea’s Distribution Belfongo. Keegans’s Bequia XI totaled 305 for 8 in their reduced 42 overs. Dan Williams scored the first triple figure individual score for the 50 overs competition, 110 while Jarell Edwards was unbeaten on 73. Rajiv Roberts 2 for 46 returned the best figures for Corea’s Distribution Belfongo, who fell short in their reply, at 215 all out in 28.3 overs. Andre Hunt scored 49. Jenry Ollivierre 3 for 36 and Chelson Stowe 3 for 37 restricted Belfongo in their reply.

And in the lone Female division 40 overs matches from Saturday, United Survivors had the better of Radcliffe Girls by 3 wickets. Radcliffe Girls made 113 all out in 26.1 overs. Kendicia Barker scored 26. Cordel Jack 4 for 19 and Jeniellia Glasgow 3 for 18 did the damage for United Survivors, who lost seven wickets in getting to 114 in just 16 overs. Shevorne Clarke scored 28. Jenisha Hackshaw 4 for 32 bowled well for Radcliffe Girls.