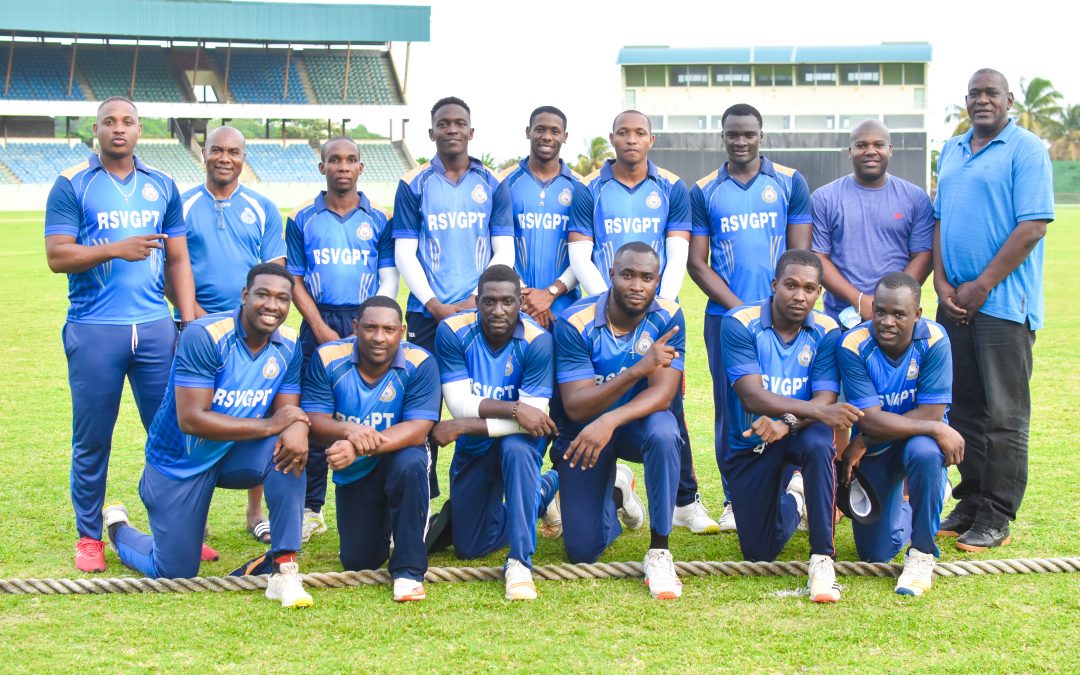 At the finals of the NLA Neil Williams t20 tournament played on Sunday 10th at the Arnos Vale Sporting complex, in a most emphatic style, Police 2 handed defending champions Guardian General Saints their first defeat since the competition was last held in 2020.

After being inserted to bat, Police 2 Led by the prolific Dillon Douglas – the highest total run scorer, racked up 206 for 8 wickets off their allotted 20 overs. Douglas joined fellow first-class player Desron Maloney in the 11th over with the score on 79 runs for 3 wickets. By the time both Douglas and Maloney were dismissed by fast bowler Rayon Williams in the 17th over, the score had catapulted to 177. Douglas bludgeoned 67 runs from 27 balls, Maloney got 66 from 43 balls.

For the defending champions, Rayon Williams led the way with 4 wickets for a miserly 22 runs from his 4 overs while Captain Jeremy Layne and legs-spinner Geron Wyllie picked up 1 wicket a piece. At their turn at the crease the defending champions were bowled out for 137 in the 20th over. The bowling effort was led by medium pacer Romario Bibby and Dillon Douglas. Bibby bowled 3 overs took 2 wickets for a paltry 12 runs, while Douglas bagged 2 wickets for 31 runs from 4 overs.

Captain of the new champions, Rickford Walker said his team was filled with confidence even before the finals as his team was playing well throughout the preliminary stages. He indicated that all his teammates did well at different stages but special mention must be given to Dillon Douglas for his all-round show, Salvan Browne, Romario Bibby and Nigel Small.

Captain Jeremy Layne said that despite the loss, he was pleased with the performance of the guys throughout the tournament. He pointed to the inability to execute bowling plans and fielding blunders for the failure to restrict police 2 to a lower score. He expressed regret that his team lost too much early wickets at top and therefore struggled to challenge the target score in any meaningful way.

Major awards for this and other tournaments will be handed out at the end of year closing ceremony.