Guardian General Saints and Flow Radcliffe through to Final 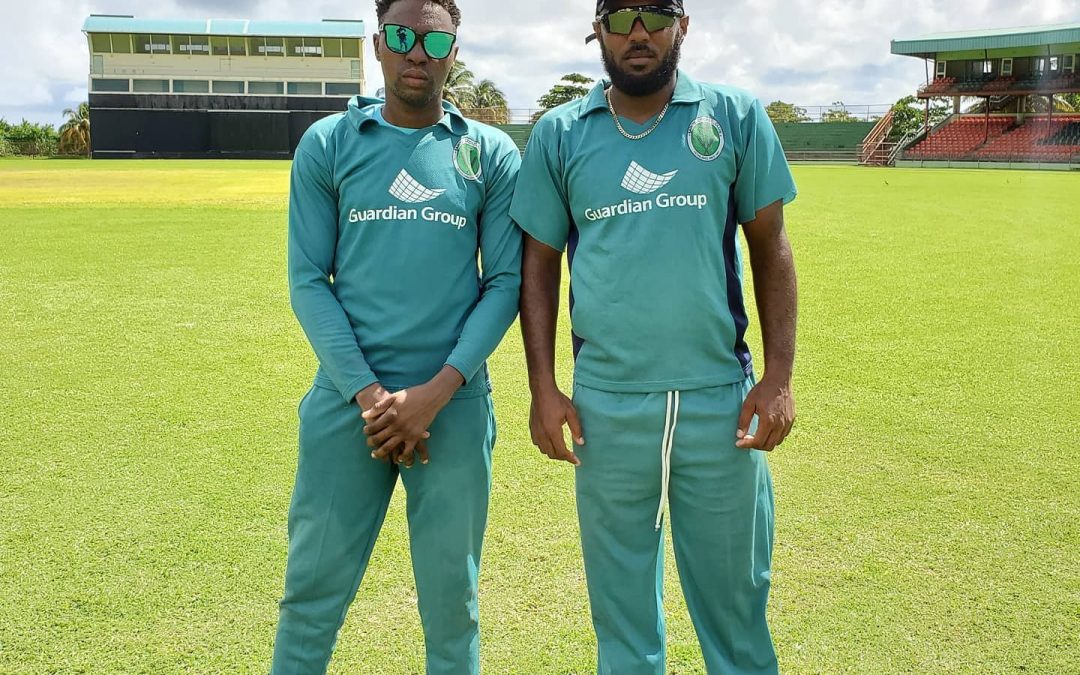 Guardian General Saints were true to their form, keeping their 100% win streak intact, and were the first into the finals with a nineteen runs win over Victors One in the Sunday morning encounter. Guardian General Saints got up to a competitive 147 for 6 in their allotment of 20 overs as Sunil Ambris displayed his seniority, carrying his bat through the innings for 64 not out while his opening partner Jahiel Walters added 36.  Kenson Dalzell 3 for 19 from 4 overs and Atticus Browne 3 for 26 also from 4 overs pegged back the Guardian General Saints scoring in the latter stage of their innings.

Victors one in reply were behind the eight ball half way through their innings at 57 for 4, needing 91 to win from their last 10 overs. Donwell Hector 28 and Ray Jordon 26 restored hope as they shared a 5th wicket stand of 50 in the next five overs, but their dismissals within the next three overs made the chase even more difficult, finally falling short at 128 for 9 when their overs ran out. Sunil Ambris completed an excellent all-round performance as he came back with the ball to take 3 for 25 while Rayon Williams 2 for 19, and Geron Wyllie 2 for 35 completed the job for Guardian General Saints.

Flow Radcliffe, the losing finalist of 2019 were next into the championship match for 2020 with a 8 runs win over Police Two in the afternoon fixture that was reduced to 16 overs because of rain. Flow Radcliffe stroked their way to 141 for 7 behind a 71 runs 4th wicket partnership between the ever consistent Shamon Hooper 35 and Gidron Pope 28. Delorn Johnson then came at the back end to hit 21 not out from nine deliveries. There were two wickets each for Sylvan Spencer 2 for 24, Nigel Small 2 for 30 and Dillon Douglas 2 for 32.

Police Two got out of the blocks with their reply nicely as their openers Salvan Browne 40 and Dillion Douglas 38 gave their team the needed start at the top. But from 95 for 2 in 11.2 overs, the lawmen lost wickets consistently at the back end of their innings to finish 8 runs short at 133 for 8 from 16 overs. Tijorn Pope the 3rd change bowler for Flow Radcliffe grabbed 3 for 32.

Guardian General Saints looks to complete an unbeaten season with only Flow Radcliffe in their way. All is now set for a riveting final at the Arnos Vale playing field on Saturday 17th October.