FLOW teams off to fine starts in NLA Premier Division 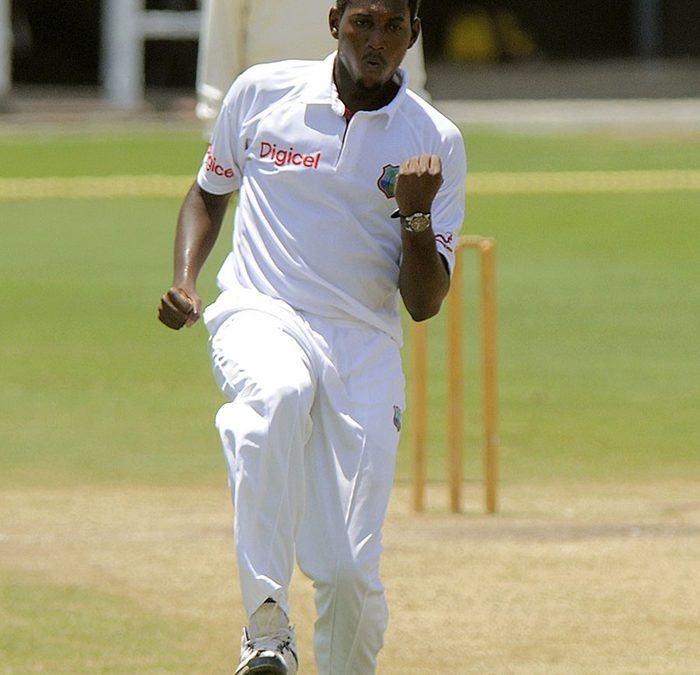 The Flow Rivals collaboration was in fine form on the opening weekend of the National Lotteries Authority Premier Division with an outright win and first innings honors in their teams’ respective initial matches. The 2019 runners up Flow Radcliffe,  out played Guardian General Saint to come away with an impressive eight wickets victory at the Sion Hill Playing Field. Inserted to bat, Flow Radcliffe totaled 205 all out in their first innings, led by Tijorn Pope 75 and Shamon Hooper 58.  Geron Wyllie had the pleasing figures of 5 for 49 while Jeremy Haywood picked up 3 for 63 with the ball for Guardian General Saints, who could only muster up 70 in their first turn at the crease. Spinners Othneil Lewis 3 for 29, Rasheed Fredericks 2 for 3, Richie Richards 2 for 7 and Asif Hooper 2 for 17 all combined to produce a maze of web around the Guardian Saints batters.

Asked to follow on, Guardian General Saints fared much better, scoring 214 all out in their second turn at bat, led by a 138 balls 80 from Jahiel Walters and 62 by Romel currency, who both shared a 4th wicket partnership of 133. Asif Hooper was again amongst the wickets for Flow Radcliffe taking 4 for 42 while Romano Pierre needed just eight balls to pick up 3 wickets for 7 runs. Set 80 for full points, Flow Radcliffe reached their target for the loss of two wickets.

At the main Arnos Vale playing field, in an updated fixture to that which was previously publicized, Flow Rivals won on first innings from Victors One. Flow Rivals managed 169 all out at their first turn at the crease with Dravid James 39 and Lindon James 30 being their principal scorers. Luke Wilson was the chief destroyer as he bagged 6 for 53 bowling for Victors one, who were restricted to 137 all out in their reply. Atticus Browne 50 and Carmalo Cain 41 got amongst the runs for Victor One. Veterans Deighton Butler 4 for 34 and Dyke Cato 4 for 43 did the damage for Flow Rivals. The match then meandered on to a tame draw as only one other innings got started, the second innings of Flow Rivals who were 231 for 4; Hyron Shallow slamming a 119 balls 135 at the top of the order.

In the National Lotteries first Division on Sunday, there were wins for Keegan’s Bequia XI and French Verandah SVG Community College.

Keegan’s Bequia stunned the defending champions MSDA Jules Anthony Nothern Stars, defeating them by 26 runs at Arnos Vale Two. Keegan’s Bequia XI got up to 152 all out in 33.3 overs. They were led by Olando Lavia who got 45. Dorson Cottle returned the enviable figures of 7 for 18 for MSDA Jules Anthony Northern Stars who fell short in their reply at 126 all out in 27.3 overs. OJ Matthews and Elron Lewis both made 34 each while Chelson Stowe was the chief destroyer with the ball for Keegan’s Bequia XI taking 6 for 21.

At the Stubbs playing field, the French Verandah SVG Community College schooled St. Vincent Distiller Glamorgan by seven wickets. St. Vincent Distiller Glamorgan were dismissed for 94 in 27 overs. Azar Williams 3 for 20 and Reynolson Hillocks 3 for 30 got amongst the wickets for the college lads who lost 3 wicket as they got to 95 on 14.4 overs. Tilron Harry and Rayshone Durrant were left unbeaten on 53 and 28 respectively.