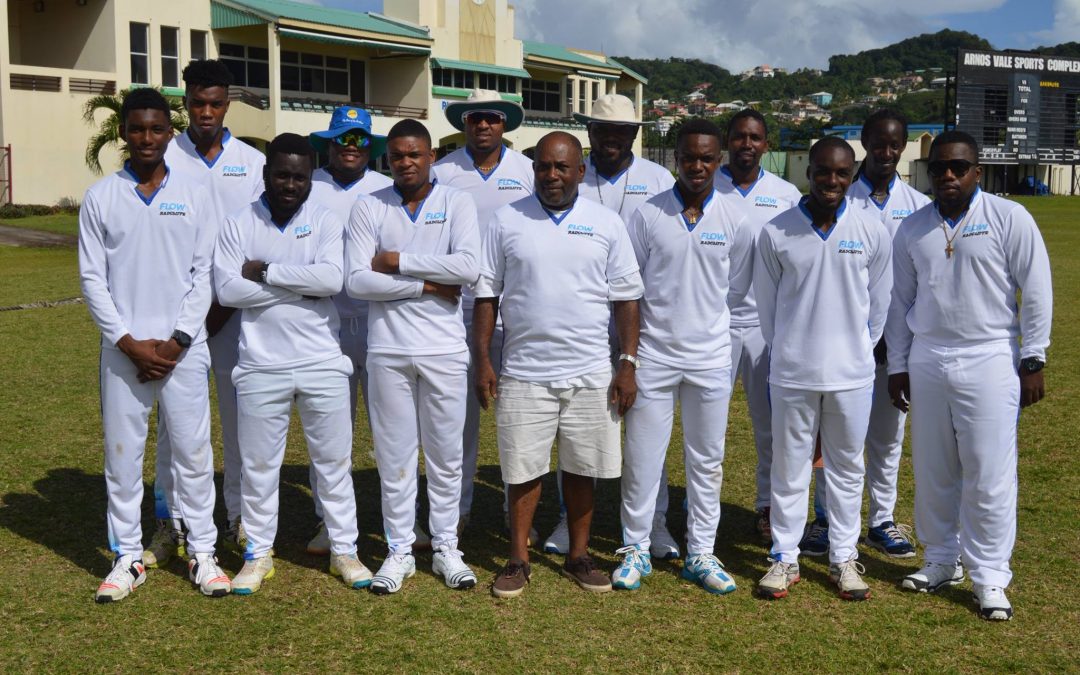 Arnos Vale, St. Vincent – In the NLA Premier Division, Flow Radcliffe moved one step closer to clinching the 2020 Premier Division title, when they subjugated Victors One with an authoritative innings and 251 runs success at Arnos Vale One.  Victors One’s batting continued to struggle; dismissed for 98 in their first innings. Atticus Browne made 39 while Asif Hooper’s stellar season with the ball continued for Flow Radcliffe as he bagged 4 for 63 and Othneil Lewis picked up 3 for 7. In reply, Flow Radcliffe set new batting records, as three batters stroked triple figures; Deron Greaves 124, Romano Pierre 112 and Shamon Hooper 107, leading Flow Radcliffe to 503 for 7 declared. There were two wickets apiece for Urnel Thomas, Cody Dabreo and Atticus Browne. Behind by 405 runs on first innings, Victors One only got up to 153 when their innings closed. Kenson Dalzell 47 and Atticus Browne 45 were the principal scorers. Othneil Lewis took 3 for 57 in the Flow Radcliffe’s second bowling effort.

In the National Lotteries 50 overs First Division, defending champions CJ Julius Anthony MSDA Northern Stars kept their quarter finals hopes afloat with a thumping 175 runs win over Radcliffe Two at Arnos Vale Two. CJ Julius Anthony MSDA Northern Stars amassed 274 all out from 37.1 overs, with 48 from McLeon Williams and 45 each from Elron Lewis and Newborn Joseph. Paulson Mack took 3 for 49 bowling for Radcliffe Two, who could only manage 99 all out, in their reply, from 21.3 overs. Dawson Cottle bagged 4 for 28, to lead Northern Stars to victory.

And at the London Playing field, Vee Jay’s Roof Top and Bar North Windward recorded a six wickets triumph over Police One. The lawmen got up to 235 all out in 35.2 overs, and were led by Parnell Browne who hit 58. Denison Hoyte with figures of 3 for 22 was the best bowler on show for Vee Jay’s Roof Top and Bar North Windward, who replied with 237 for 4 in 26 overs. Hanif Oliver stroked an even 100 while Mickron McDonald was unbeaten on 61. Osrick James’ 2 for 51 was the best returns with the ball for Police One.