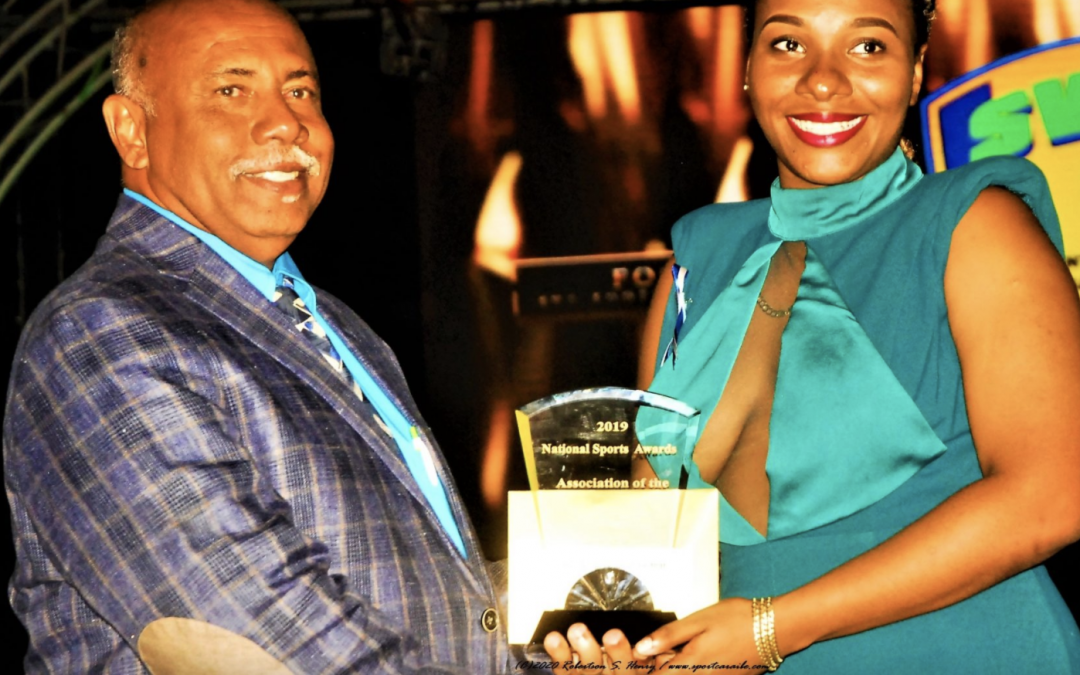 In sports, bad decisions are frequent and are often accepted as “part of the game”; reasonably so. Making decisions in the blink of an eye or split of a second is challenging, and as such, many times, it is said, the job of a referee or umpire is not to be envied. It is harder, however, to accept poor decisions by TV/replay officials, who have more time to deliberate on all the different factors and intricacies. Their decisions should be 99.9% accurate! This same reasoning applies to the judging panel of the national sports awards who after observing a year of sporting excellence, have a further month at least to deliberate on the winners.

Observers of sports over the last year must still be bemused at the results announced at the awards on March 21, 2020, at the St. Vincent and the Grenadines Community College. Did I really hear right? Is this a joke? What were the criteria? Who were the judges? These were only a few of the immediate whispers heard after a few of the winners were named.

Needless to say, there are some mysteries around the awards, particularly the judging criteria used. In fact, it would appear that no one apart from Rohan Thomas, William ‘Kojah’ Anthony, Aubrey Burgin, Wollis Christopher and Desmarie Greenaway is aware of how the results were determined. It would be interesting to see the mandate provided to this Thomas-led panel.

Even in the absence of terms of reference for such a panel, it must be clear that national sports awards are to incentivize sporting personnel to strive for excellence. This being the case, one would expect meritocracy to be the order of the day. Deviating from this is merely encouraging mediocrity, hence defeating the purpose of the awards, and wasting significant funds injected by the sponsors.

It’s common in sports that officials get the benefit of the doubt or excused for blunders, but two of the cases on that night were reprehensible at best: Senior Sportsman of the Year and Sports Association of the Year. Others would add Sports Journalist of the Year to that list, but that would be left for another author to address since the criteria and the bodies of work under consideration are not readily available to me.

With no intention to discredit the efforts of Cornelius Stewart or SVG Football Federation, it would not be surprising if they too, were shocked at receiving the awards. On the other side of the pitch, Sunil Ambris and the SVG Cricket Association (SVGCA) Inc. must be wondering if the awards were given by the flip of a coin. Surely, they must be puzzled about the rating scale used or if there was any.

Ambris, in 2019, became only the second Vincentian (after Winston Davis in 1983) to play a World Cup. He went on to top score in a group stage match vs. India. About a month prior, he became the only Vincentian to score an international century, when he got 148 against Ireland and followed that up with an unbeaten 69 vs. Bangladesh in the same tri-series. Ambris, also captain of the national senior team and Windward Islands team; in the 2019 West Indies tournament, from only six matches, he amassed 490 runs at an average just under 50. These were supplemented by outstanding performance for West Indies A teams, which secured his selection for the West Indies ODI and Test squads.

Similar to Ambris, the SVGCA probably has had its most successful year in 2019, certainly over the last two decades. The 2017 & 2018 association of year had a tremendous 12 months in all facets. In cricket performance: SVG won the Windwards Under 19 tournament, the senior men fell short of the championship only due to rain but performances saw six players being contracted in the Windwards Volcanoes professional franchise set up, the most of any of the Windward Islands. Most of these players participated in the Regional Super 50 tournament last year, which featured on ESPN.

Last year, three Vincentians played for West Indies teams, namely, Ambris, Kesrick Williams, and Obed McCoy, playing across Test, ODI, and T20. This is the first time, three residing Vincentians have played for West Indies in the same year. Of course, Gidron Pope can be added to this list, as the fourth representing the Super50 Cup Champions, West Indies Emerging Players. Additionally, there were also staging of the West Indies Under 19 tournament, an event that generates roughly 1.5 million dollars in the economy. The biggest sporting event executed in SVG for the year, by a mile. Added to these, they increased their national cricket academy numbers from 15 to 45 players, spreading them out across three clusters instead of one.

In cricket administration and management, it was a historic year for SVG: Dr. Kishore Shallow became the Vice President of Cricket West Indies, the first Vincentian to elevate to that rank. Also, Miles Bascombe became a selector, and Physio Denis Byam because the first Vincentian to become a full-time technical staff for the West Indies senior men team. Michael Findlay, a former West Indies selector, also became an Independent Director for Cricket West Indies. These are national representations that are deserving of high recognition and must be credited to the SVGCA.

Off the field, the SVGCA has been leading the advocacy for the balancing of sports and education. Two notable efforts were by awarding four national athletes for Independence celebration and also providing another five young cricketers with financial assistance towards their education. The SVGCA is also known to host an annual awards gala that puts even the National Sports Awards to shame. Furthermore, the association is known for its prudent management on all fronts, resulting in an en bloc executive for the last elections.

So again, the question, what were the criteria? Did the panel led by the co-host of SVGFF Football Talk do its research? Observed on the night of the awards was the fact that the citations of both Ambris and the SVGCA omitted significant achievements. This obviously begs the question of whether it was dishonesty or incompetence on the part of the judges; either having the same solution.

In the absence of the criteria, which remains unknown to the sports associations and by extension the athletes, the validity of these awards remains questionable; possibly instigating articles like this one. I humbly suggest, as a start, that the NSC publishes the existing criteria or draft anew and submit to their affiliates for review and feedback. This will allow athletes and associations to know what is required. Unfortunately, there are other lingering concerns about this annual event.

In the region, Vincentian sportsmen and sportswomen receive the least recognition, be it tangible or otherwise, for their sporting accomplishments and national representation. The coordinators, if serious about sports, need to lift their game! It would not require much creativity to afford the awardees more gratifying and deserving rewards for their hard work over 12 months. Without much effort, one thought that is costless would be offering duty-free concession on all personal sports equipment for an awardee for a year. There are other ideas!

I end by commending the bravery of the few who attended the event in this heightened, anxious period. Such a show of support and solidarity for our national athletes despite the threat of the time is deserving of a far better effort in judgment and execution of these awards.

NOTE: The comments contained therein are not that of svgcricket.org or SVGCA Inc., and are the sole opinion of the author (Jason Graham). Contact: jase.graham79@gmail.com