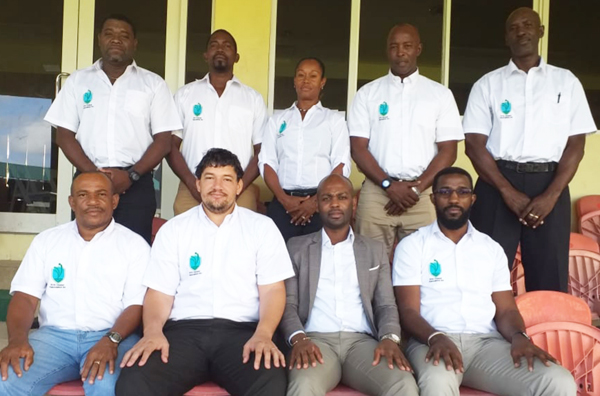 Arnos Vale, St. Vincent – Another 2-year term was given to the executive of the SVGCA Inc. as the affiliates reelected the members en bloc. This meant that the elections that were expected to be the main item on the agenda lasted less than 10 minutes. The motion was supported by the rationale of great progress by a competent team on a positive and ambitious mission.

Reelected President, Dr. Kishore Shallow responded to the results by stating, “The return of the entire executive en bloc is a strong indication of the progress we have been making as a cricket association. Collectively, we are pleased to be given a further opportunity to service SVG Cricket.”

Senior Auditor and Partner of Grant Thornton, Mr. Floyd Patterson confirmed that the association has been prudent with its financial practices over the last financial period. Further, Treasurer Jenry Ollivierre stated his satisfaction with the financial position of the SVGCA Inc. and suggested the association is in its best financial state since its inception.

The meeting also had fruitful discussions on local cricket competitions, youth cricket, and female cricket. There was also the presentation of the new Strategic Plan 2019 – 2024, which has the theme G.R.O.W Cricket. The Strategic Plan would be made available on the website before the end of 2018. According to Dr. Shallow, “the new 5-year Strategic Plan would be fully in effect from January, which will guide our focus and delivery in the future in addressing areas such as infrastructure improvement, youth cricket, quality of cricket, and exposure of cricketers, officials and other stakeholders.” Attendees at the AGM were quite impressed with the plan and echoed their full support to its implementation.

The AGM was held on Saturday, December 14, 2018, at the President Suite, Arnos Vale Sports Complex.