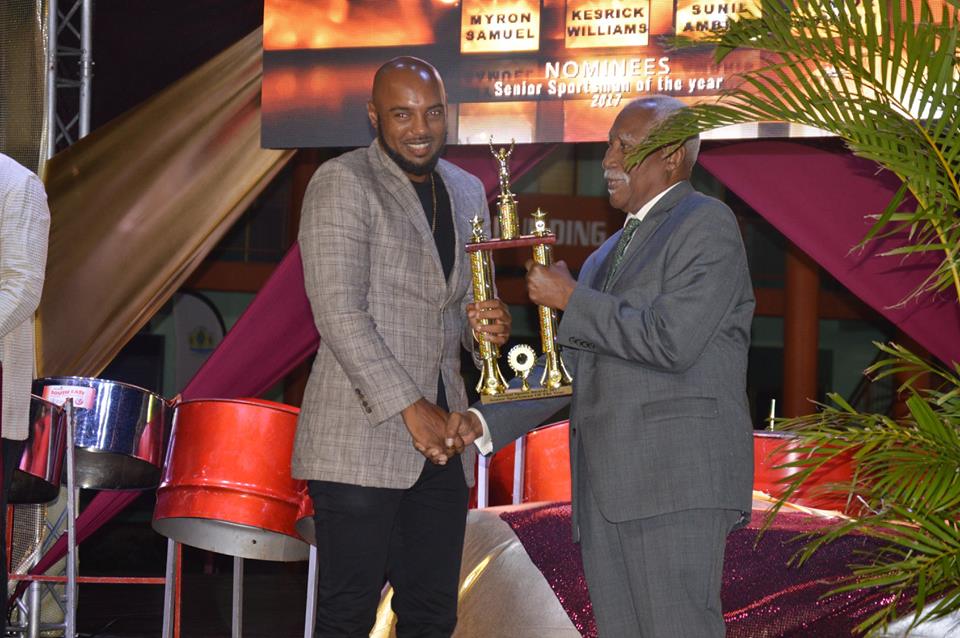 Arnos Vale, St. Vincent – It was a victorious night for the SVGCA Inc. at the NLA 2017 National Sports Awards, hosted on April 21, 2018. The cricket association landed the first award and last award for the night, being the Sports Association of the year and the Senior Male Sportsman of the year. Additionally, cricket won Junior Male Sportsman of year, which went to talented batting sensation, Dillon Douglas.

The SVGCA Inc. stood out from the other associations in 2017 with excellent performances in the staging of multiple tournaments on the local, sub-regional and regional fronts. Further, in 2017, a national cricket academy was established. The judges also considered the international representations of both cricketers Kesrick Wiliams and Sunil Ambris as stand out factors.

President of the SVGCA Inc., Dr. Kishore Shallow collected the award on behalf of the association and expressed sincere delight at the recognition. “It is a pleasing accomplishment for cricket and quite gratifying for the administrators of the sport to be commended in this manner. At the same time, I congratulate all the nominees and other associations, who I am sure, quite similar to cricket put in the hard work behind the scenes,” stated Dr. Shallow.

The most anticipated award of the night went to Sunil Ambris, who fought off strong contest from cricket teammate Kesrick Williams for the Senior Male Sportsman of the year. Ambris’s leading performances included captaining the national cricket team to the championship in the Windward Islands cricket tournament, strong showings in regional cricket, most runs for West Indies A team against a touring Sri Lankan A team, and West Indies senior team selections. Ambris said he was “honored to receive the award” and congratulated all the other awardees.