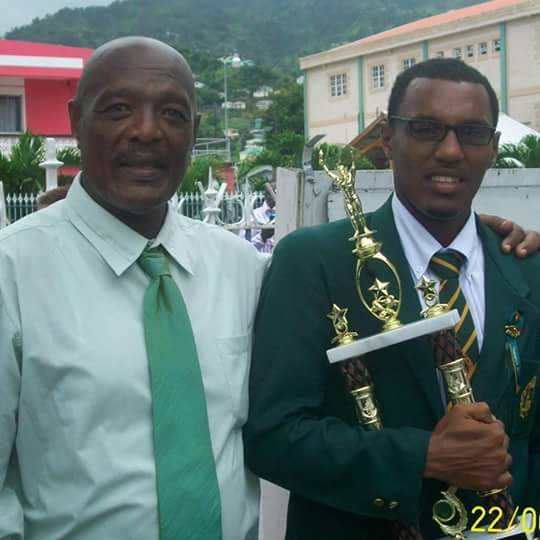 Arnos Vale, St. Vincent – The cricket fraternity mourns the loss of a fervent cricket fan and cricketer in Walford Ambris.

Ambris, the father of two national cricketers, Romel Currency and current Windies batsman Sunil Ambris passed away on October 24, 2018, after a period of illness.

A Saints Cricket Club member for many years, Walford was a left-handed batsman, but it was his slow left-arm spin that made him a greater threat on a cricket field.

Denis Byam, 2nd Vice President for the SVG Cricket Association Inc. expressed his fond memories playing against Ambris Sr. “Ambi was one of the most competitive people on the cricket field, but an absolutely jovial person to be around on and off the field. He has certainly made an undeniable contribution to Vincentian cricket,” said Byam.

Family and longtime playing colleague of Ambris, former 1st Vice President, SVGCA Inc, Elson Crick highlighted that Ambris’s impact was equally in his community as it was nationally. Crick shared, “Walford Ambris was an iconic figure in the Marriaqua area. He was involved in the banana industry for a number of years. But it was in the area of sports that he made his mark. He was a member of almost every representative team from the Marriaqua area, where he was a very keen all-rounder. The village of Glenside will miss him.”

President of the national cricket association, Dr. Kishore Shallow echoed sentiments of the cricket circle. Shallow expressed “Ambris’s passion for cricket was incredible. His contribution as a player, fan, and parent is incomparable in our national space. I have absolutely no doubt that his legacy in cricket will live on through his sons. Thank you, Ambi!”

The SVGCA Inc. on behalf of the cricket community expresses condolences to the family and friends of Walford Ambris.