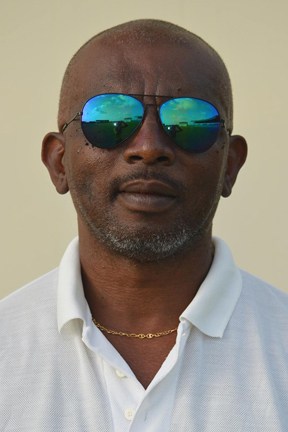 Arnos Vale, St. Vincent – Windward Islands Volcanoes and St. Vincent and the Grenadines batsman Donwell Hector, has dedicated his latest century in the National Lotteries Authority Premier Division 2-day tournament to the late E. Glenford Prescott. Hector, the captain of Victors One, scored 106 to lead his team to become champions of the local tournament.

Hector, who was mentored by Prescott since being identified at youth cricket was full of gratitude for his mentor’s influence and contribution to his cricket over the years and was honored to be able to pay him such tribute. “He has been a big influence in my career over the years from under 15 to senior stage, and would always write positive articles about me, as well as offering support in person at all my local matches, which at times included shouting from the stands,” said Victors One captain.

Prescott was also involved in inducting Hector in the Victors One set up. As a result, it was with appreciation that the team dedicated their success in the national 2-day championship to Prescott. Manager of Victors, Venold Coombs described Prescott as a “devoted supporter of Victors, cricket and sports in general for his entire life.”

The experienced journalist was a close affiliate of the SVGCA Inc., having been responsible for many publications of local tournaments over the years. At the time of his passing, he served as a member of a sub-committee that is mandated with publishing a book on Vincentian cricket in 2018/2019. Additionally, Prescott would have been instrumental in coordinating many developmental seminars over the years, particularly in communication skills for players. In 2017, Prescott liaised with his friend Michael Holder to conduct a fast bowling clinic for local young Vincentians, which was deemed a massive success.

President of SVGCA Inc., Dr. Kishore Shallow expressed the sentiments that “Prescott’s contribution to sports through his writing skills has been immeasurable, and he should be recognized as one of the leading sports journalists in the region.” Shallow further said, “the entire cricket community shares a depth of gratitude for the dedication of Pressy, his commitment over the years has been nothing short of outstanding.”

One of Prescott last public appearances came on December 30, 2017, one month prior his passing, wherein typical “Pressy style”, he offered passionate and valuable exchanges at the SVGCA Inc. annual general meeting.

Prescott many works can be found online on various media platforms. His last formal assignment was with iWitness News, where he served as a sports writer. The stalwart journalist passed away on January 30, 2018.