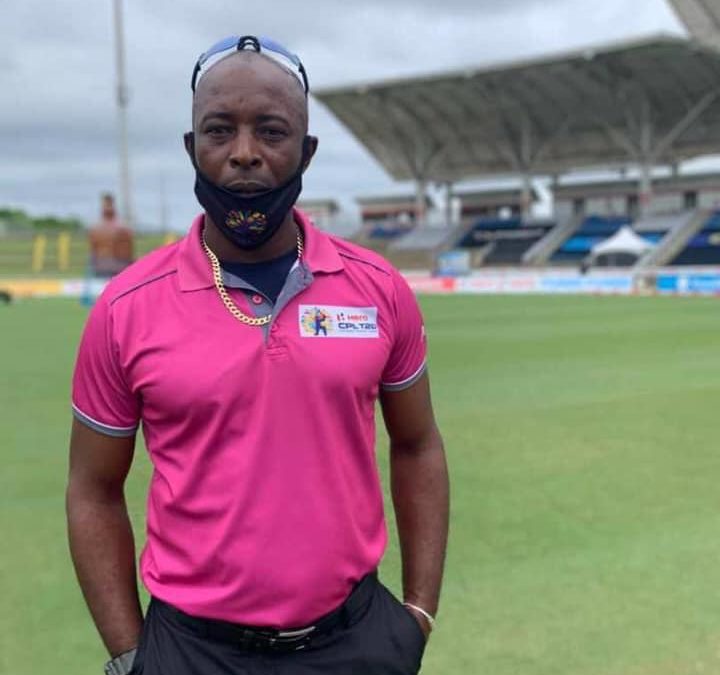 Arnos Vale, St. Vincent – Vincentian Deighton Butler has been appointed for the finals of the Caribbean Premier League (CPL). The final between St. Lucia Zouks and Trinbago Knight Riders will be at the Brian Lara Cricket Academy, Trinidad, on Thursday, September 10, 2020.

Butler made his debut in the CPL this year, following strong performances in West Indies regional tournaments in recent years. In 2019, he was selected by Cricket West Indies for an exchange program that facilitated him officiating in first-class matches in Ireland.

The former West Indies fast bowler is a member of the CWI Senior Panel. He is also the holder of the Level 2 coaching certificate and has successfully coached St. Vincent and the Grenadines Under 19 and senior teams in Windward Islands tournaments. Butler also serves as an executive member of the SVG Cricket Association (SVGCA).

On his appointment, he expressed delight at being awarded the opportunity to officiate in the CPL finals. “I am elated to be appointed for the finals, and do feel proud that I have flown the Vincy flag high in the tournament so far,” said Butler. He went on, “My goal coming into the tournament was to display a high standard of officiating and be an asset to the team, but to on to be appointed for the semifinals and finals is hugely humbling.” Butler also expressed gratitude to his supporters. “I am grateful for the overwhelming support I have received from my family, SVGCA, SVG Cricket Umpires Association, my CPL colleagues, and all other well wishes,” said 46 years old from South Rivers, St. Vincent.

Butler is the first umpire from the Windward Islands to officiate in the CPL, currently in its 8th edition. Other Vincentians involved in CPL 2020 are Kesrick Williams and Obed McCoy, players with the finalist Zouks, and their physiotherapist, Denis Byam.