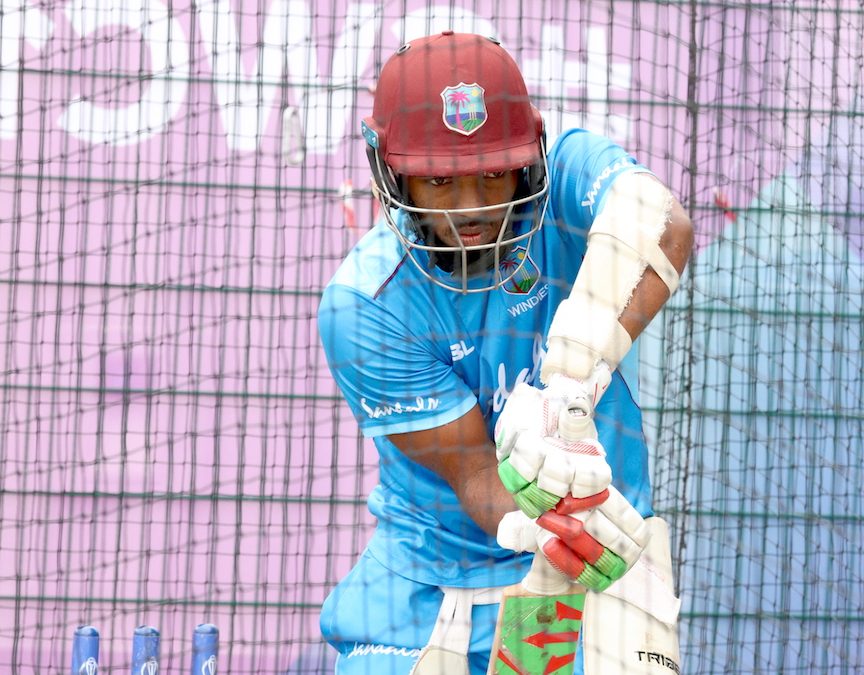 Arnos Vale, St. Vincent – Following a call up to replace Andre Russell at the World Cup in England, UK, Sunil Ambris in his first outing top scored with 31 runs. His 39-ball knock came in a heavy defeat to India, who bowled out West Indies for 143, in their chase of 268.

The 26-year-old was appearing in only his 7th ODI, and currently has an impressive batting average of 86.75, with his only century coming last month against Ireland.

West Indies has had a poor World Cup campaign thus far, with one victory against Pakistan in their opening encounter, since then they have lost five matches. The team would be hoping to end the tournament on a positive note with victories against Sri Lanka on July 1 and Afghanistan on July 4.

Ambris would be looking to build on his first score and contribute to the successes of the team for the remainder of the campaign.