4 Vincentians To Participate in Bago T10 Blast from 9th April 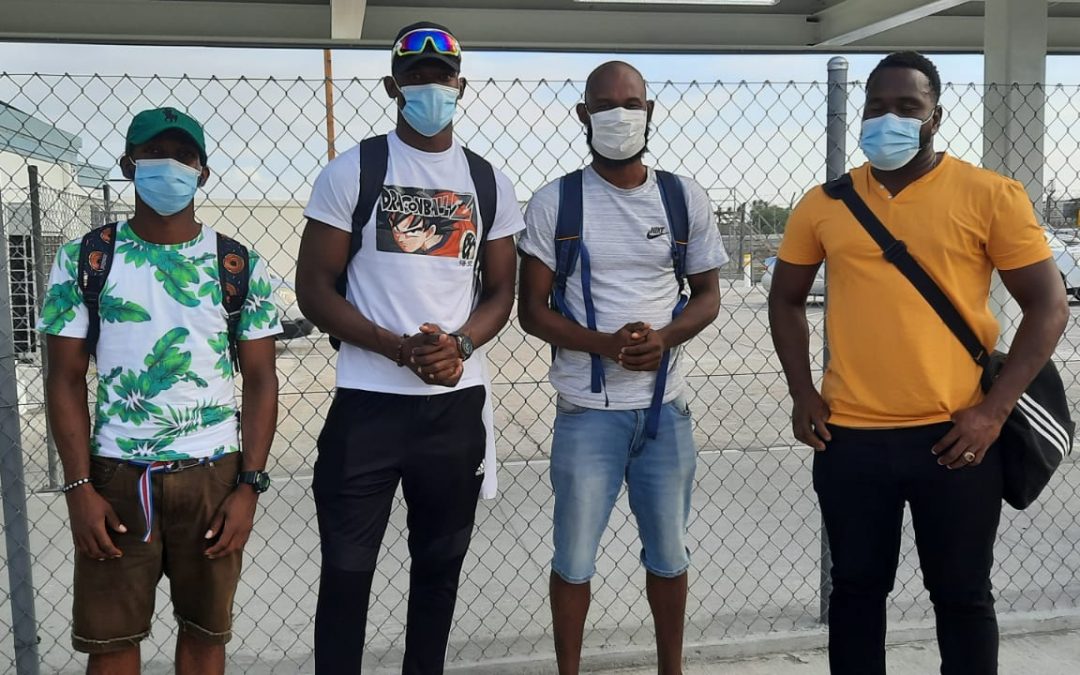 Arnos Vale, St. Vincent and the Grenadines – Four Vincentians have left home today to participate in the Chief Secretary Bago T10 Blast. Gidron Pope, Asif Hooper, Shaman Hooper, and Rayon Williams will be in action from April 9th to April 15, 2022.

This will be the second edition of the ten overs tournament hosted in Tobago. These are the first Vincentians to feature in the competition. There will also be several first-class and List A players from Trinidad in the tournament for the first time. Previously, Kieron Pollard and Dwayne Bravo appeared in the exhibition match.

TCA President, Kerwin John welcomed the four players to the tournament. He said: “I am quite excited and honored to have these four top Vincentian players participating in our 2nd annual Chief secretary Bago T10 Blast. We know they will add great value to the tournament. I thank the SVGCA for supporting this venture and look forward to future collaboration between both associations.”

SVGCA President, Romel Currency said: “We are grateful for the invitation by Kerwin and the TCA to have our players feature in the Bago T10 Blast. It is undoubtedly a privilege to be in a position to afford our cricketers more opportunities to play competitive cricket.

The tournament has four teams, with the Vincentian players on opposing teams. The cricketers recently competed in the Vincy Premier League, with Gidron Pope and Rayon Williams representing the champions, La Soufriere Hikers. Rayon Williams was the leading wicket-taker with 13 wickets.

The Bago T10 Blast will be streamed daily on the TCA social media platforms and Cricket360 on Facebook and YouTube.